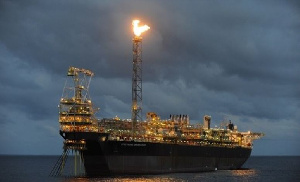 Ghana is said to have earned some US$7.33 billion since it commenced commercial oil production in 2012.

The report indicated that out of the said earnings, US$6.02 billion was earned from total liftings, while US$1.32 billion was generated from corporate tax, surface rental among others.

On the disbursement of crude oil receipts, the report said the Ghana National Petroleum Corporation received US$1.26 billion while US$2.89 billion was disbursed to the Annual Budget Funding Amount (ABFA).

For the second half of 2021, the report said “a total amount of US$433.01 million comprising lifting proceeds of the Ghana Group, surface rentals, interest on Petroleum Holding Funds (PHF) account and corporate income taxes were received into the PHF. (The PHF at the end of first-half of 2021 however held a balance of $60.66 million, bringing the total amount to $493.47 million).”

Additionally, the total petroleum revenue distributed in the second half of 2021 was US$478.35 million.

Meanwhile, the GNPC received US$129.99 million, the ABFA received US$197.62 million, while the Ghana Stabilisation Fund (GSF) and the Ghana Heritage Fund (GHF) received an allocation of US$105.52 million and US$45.22 million respectively during the period under review.

However, the report said a balance of US$15.32 million remained in the Petroleum Holding Fund account as of December 31, 2021.

On the total returns for the second half of 2021, it pointed that the Ghana Heritage Fund (GHF) and Ghana Stabilisation Fund (GSF) was -1.76% and 0.03% respectively.

“The GSF and GHF accumulated reserves were estimated at US$244.89 million and US$726.54 million respectively,” the report concluded.

Read the full report below: