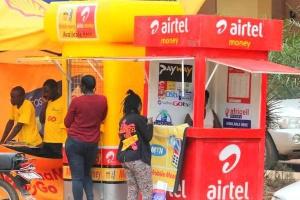 The E-levy will affect MoMo transactions

The Government has assured Mobile Money (MoMo) operators the introduction of the Electronic Transactions Levy (E-Levy) will grow their businesses and not collapse them.

The assurance comes amid concerns by the MoMo operators that the introduction of the e-levy would adversely affect their business, undermine the country’s cashless agenda, and lead to job losses.

The MoMo operators have petitioned the Minority in Parliament over the yet to be re-laid e-levy before the House of Legislation after its suspension last year, following public outcry over its implementation.

Mrs Owusu-Ekuful, the Minister for Communications and Digitalisation, at the Government’s Town Hall meeting on the e-levy in the Eastern Region on Thursday, assured that the Government would put in measures to protect their businesses.

The Ablekuma West Legislator said: “I can say confidently to the MoMo operators that we’re working to grow your business and not destroy it.”

She appealed to the Minority “to cooperate with government and work with us to pass this levy as well because ultimately, the result that we got from the Communication Services Tax, which clearly didn’t destroy the industry, will also be evident post-implementation of this levy.”

She emphasised that it was important to pass the e-levy “as we all work collectively to enhance access to, and use of digital platforms working with Ministry of Finance to ensure that digital financial services become the norm as we strive to become a cash-lite society.”

Concerning issues raised about the 1.75 percent levy bein high, she said, compared to other taxes, the e-levy was being introduced at a lower rate of 1.75 per cent.

She said: “In other countries, digital taxes are being introduced to the tune of 10 per cent and we travel there to seek loans for our development and to borrow.”

On the issue of the levy leading to reduction in electronic transactions, the Minister said, “when a similar levy was passed in Uganda, transaction values reduced slightly upon the introduction of this levy, but they picked up almost immediately.”

She added that she was confident that Ghana would even do better with the e-levy and urged the Minority to support its passage and implementation.

Mrs Owusu-Ekuful indicated that the country’s tax-to-GDP ratio—12.2 percent, was among the lowest in Sub-Saharan Africa, and required increase in domestic revenue mobilisation to undertake the needed development.

“If the funds are not generated internally, we either have to beg or borrow. We can’t steal so we must borrow but we can’t continue to borrow for our development. We need to find the way to increase domestic revenue mobilisation,” she said.

“We are talking about a Ghana beyond Aid, and we need to be able to finance our own development and stop the dependence on either loans or grants or aid from other countries if we are to be truly independent,” she added.

Some participants at the Town Hall Meeting raised concerns that the implementation of the e-levy amid the current economic challenges would have negative impact on livelihoods.

Others were of the view that the tax was laudable and asked the Government to engage more, especially at the community level.

They also asked the Government to institute measures to seal loopholes in the revenue generation system.

The participants also called for accountability in the implementation of the levy when passed.