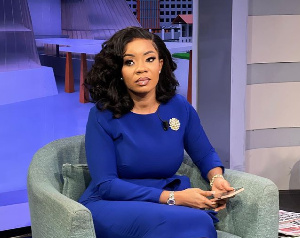 Broadcast journalist, Serwaa Amihere, is undoubtedly one of the most trolled personalities on social media.

She has on countless occasions had to defend herself from false allegations but in some instances she just let things slide.

In one of her old tweets that have resurfaced online, the broadcaster went hard on an internet troll who tried to disrespect her over a harmless question she posed to her followers.

She wrote: “What will you do to a guy who breaks your daughter’s heart.”

RichHomySule on Twitter, a member of the ‘agenda boys’ who are known for trolling and shading people decided to respond childishly to Serwaa’s tweet.

“You will know when you become a mother…stop using postinor 2+ ok,” read his hate comment under Serwaa Amihere’s tweet.

Agitated by his statement and attack on her personality, Serwaa in a clap back, sent RichHomySule to the cleaners.

She replied: “How can I stop? I don’t want to bring people like you into this world.”

Impressed by her move, her response generated over 200 likes from people who were in support of her message to the troll.

Reacting to the tweet that was been republished by blogger, Kwadwo Sheldon, tweeps noted that Serwaa’s reply was one of the greatest clap backs on Twitter.

Nana Nyame wrote: “Forget about Manchester united’s comeback, this is the greatest comebacks I’ve ever seen.”

A third, Manchester Ronaldo had this to say: “Serwaa has gradually gotten vhim on this app and I’m happy. People have been bullying her on this app for too long.” 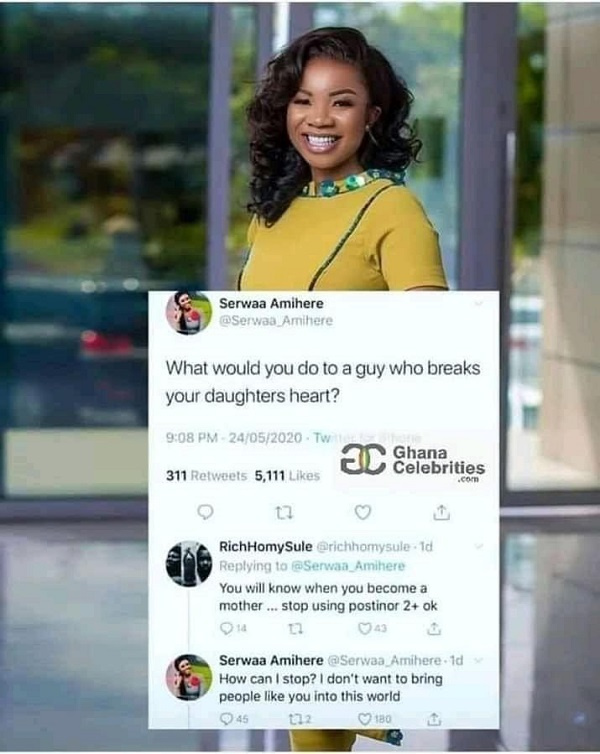