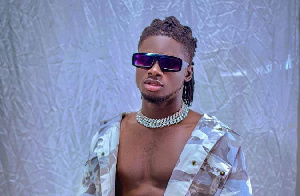 Kuami Eugene has claimed that he believes he is entitled to greater compensation than he has got thus far, particularly in view of the evaluation for the year 2021.

Kuami Eugene and his crew claim that last year was a tremendous success for them because they received far more money than they anticipated as a result of their yearly calculations and assessments, which they call “amazing.”

According to Kuami Eugene in a chit chat with Kwadwo Sheldon, he believes he should have earned more money and achieved better success in the previous year.

At the end of the year meeting at the record company, he discovered that he had played at virtually every performance in 2021, which he described as “amazing.”

While he is grateful for the opportunities he has had in the last year, he believes he should have earned more credit for the significant amount of time spent working in his craft the year before.

He went on to say that in 2021, he performed at virtually every major concert in the country.