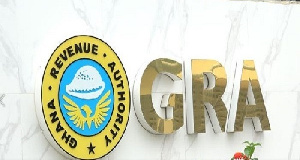 The Customs Division of the Ghana Revenue Authority (GRA) has announced a tremendous reduction of transit cargo diversions following measures put in place to protect the transit country’s trade.

The devices give accurate information on the movement of the cargo and he said if any goods were diverted, within 15 minutes, the devices would send a report to the relevant authorities.

He said added that were dedicated staff, out there doing effective monitoring, and noting that, as he spoke to the media “we have arrested a lot of vehicles who tried to divert”,

He cautioned the shipping community against engaging in cargo diversion, as strong measures had been put in place to catch anybody doing that.

“If someone is in Accra and he thinks he can conveniently influence an officer in Paga to input data that the vehicle has crossed, there is still the intervening stations which would give evidence that there was no movement and therefore investigations would be done until the culprit is found, it is very difficult to divert now.”

Mr. Ofori said further initiatives were being taken by the various customs authorities in the sub-region to protect the transit trade.

He said the Economic Community of West African States (ECOWAS) Commission wanted all member states to automate their processes, adding that “there is what we call the Zigmat system and the Francophone countries because they use a similar system have begun.”

Ghana has begun exchanging text messages with Togo and Cote d’Ivoire is going to be next.

He said “presently, when goods get to point of exit, example at Paga, the transaction is closed, but between Paga and Burkina Faso, there is a fallow land, and they can turn and divert back turning transit into smuggling.

“To avoid that, the system will now have transactions closed at the destination in Burkina for example.”