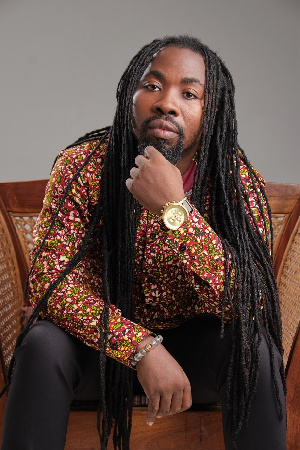 Obrafour says he is still in the game

Obrafour promises his fans with a new banger

Michael Elliot Kwabena Okyere Darko, popularly known as Obrafour, has explained the reason he doesn’t jump to collaborate with just any artiste in the music industry.

According to the rapper, he is hesitant to team up with industry folks for collaborations because he prefers quality music devoid of foul language.

He said this in an interview with Graphic Showbiz.

‘I need to hear the song no matter who the artiste is before I jump on it. With Sarkodie or any big artiste that is what I do. You have to go by my rules,’ he said.

Meanwhile, Obrafour has assured his fans to expect something soon from him, with a reminder that he was still in the game.

“Every point in life is an experience and there is not a single day I would say I have arrived. I am still learning and I have a lot to offer. I don’t want to give a promise but I am definitely coming out big this year so my fans and Ghanaians should expect something big from me,” he revealed.

During the festive period, Sarkodie went down on his knees to pay his respect to Obrafour while performing a song together at the Rapperholic Concert on December 25, 2021.

Sarkodie was on stage performing when Obrafour joined him on stage to perform one of their songs.

However, the moment Sark heard Obrafour’s voice he went down in front of the legendary rapper.

Sarkodie admitted to going confused after seeing Obrafour on stage.

Rapperholic concert is one of the biggest musical concerts held on Christmas Day by Sarkodie for his fans.