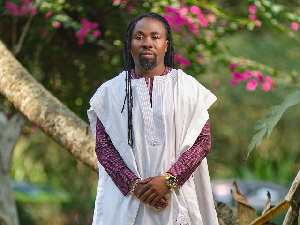 Michael Elliot Kwabena Okyere Darko, popularly known as Obrafour, has disclosed the reason for his songs being timeless.

According to the ‘Pae Mu Ka’ artiste, music should have knowledgeable content for listeners to pick wisdom from.

He made this revelation in an interview with Graphic Showbiz.

“I believe music should have substance. Anyone listening to your music should be able to pick one or two lessons from it. There are few musicians in Ghana who do that and I am one of them and that is the reason my songs are always evergreen,” he said.

Meanwhile, in a previous interview, he mentioned having doubted God for taking his mother away at a tender age.

But in this interview, he says the reason he keeps doing music is that God blessed him throughout the years.

“I am someone who believes in God, and I know His favour is what keeps me going. I have a lot to offer Ghanaians, and I know the God I serve will see me through,” he revealed.

The artiste also spoke about his career, religion and aspirations as a child before he lost his mother while speaking with Accra-based Asaase Radio.

In the interview, he said, “When I lost my mum, I lost my faith, and I could not comprehend why God would take her from me and so I ran away from home. It was a tough time.

“I only resorted to music and fell in love with it after I lost my mum; one finds their destiny on the path they choose to avoid.”