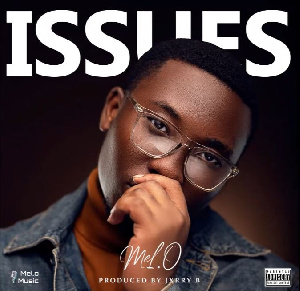 The Afrobeats/Afropop act based in Kumasi, released ‘Issues’ on all music streaming platforms on Friday, 21 January 2022.

The love song, which was produced and mixed by Jxrry B, a well known sound engineer based in Accra, talks about the intense romance between two people who are madly in love.

The talented silky voice singer is not signed under any record label and currently works independently under his own imprint, Mel.O Music.

Known in real life as Melvyn Banful, the gifted songwriter has always had a strong passion for music and hopefully believes he can make an impact in the entertainment industry not just in Ghana but globally.

Mel.O has a Bachelor of Science degree in Meteorology and Climate Science from KNUST, Kumasi.

Listen to his debut single: