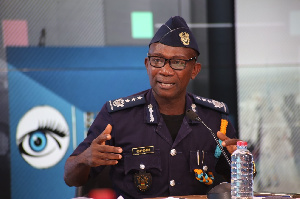 The Customs Division of the Ghana Revenue Authority has revealed that the incidence of diversion of transit-bound cargoes has decreased over the past year.

Speaking to Eye on Port, an Assistant Commissioner in charge of transit, Peter Antobre Ofori attributed this feat to measures put in place to protect the transit trade.

He particularly praised Ghana Link Network Services, which is the technical partner of Customs, for the deployment of robust tracking devices on transit cargoes using Ghana’s corridors.

Mr. Ofori emphasized that “these devices give apt information. In fact, within 15 mins if you have diverted, it would send a report. We also have dedicated staff who are always monitoring. As we speak now, we have arrested a lot of vehicles who tried to divert.”

The Assistant Commissioner in charge of Transit at Customs, as a result advised the shipping community of Ghana to desist from acts associated with cargo diversion, as they would be busted and prosecuted.

He added that “if someone is in Accra and he thinks he can conveniently influence an officer in Paga to input data that the vehicle has crossed, there is still the intervening stations which would give evidence that there was no movement and therefore investigations would be done until the culprit is found. It is very difficult to divert now.”

The Customs Official also revealed that further initiatives are being adopted by the various customs authorities of West African states to protect the transit regime.

“The ECOWAS Commission wants all the states to automate their processes and talk. There is what we call the Zigmat system. The Francophone countries because they use a similar system have begun. Ghana has began exchanging text messages with Togo. After that, we go to Cote D’Ivoire. Presently, when goods get to point of exit, e.g., Paga, the transaction is closed. But between Paga and Burkina Faso, there is a fallow land, and they can turn and divert back turning transit into smuggling. To avoid that, the system will now have transactions closed at the destination in Burkina for example,” Mr. Ofori explained.

He also revealed that the Customs officials at the various mandatory checkpoints and exit points have been furnished with tablets to enable them to expedite clearance activities via the Integrated Customs Management System.

“You know one of the main impediments had been the long hours spent on the road. At our mandatory checkpoints, because of this IT system is done within 3 minutes at any of the checkpoints.”

Mr. Ofori also disclosed that Ghana’s ports are not only the preferred port of choice for landlocked countries in the subregion but also for some countries who have ports due to efficient systems.

“We have a lot of transit coming from the Tema Port to Cote D’Ivoire. This means some importers in Cote D’Ivoire find it cumbersome clearing goods there. But looking at our automation and short time clearance period at the Tema Port, their importers prefer to clear here.”

He nonetheless noted some bottlenecks that continue to impede the full flow of the transit trade.

“For example, we can speak of the overloading issue which is bad for our roads and can cause accidents. In recent times the National Security made a swoop at the axel load stations and arrested some of the staff of the Ghana Highway Authority for exchanging money with some of the truckers to let them go. Also, here in Ghana, it is unlawful to tamper with chassis. But those from Burkina and others tamper with it, elongate it, so it can carry more goods.”