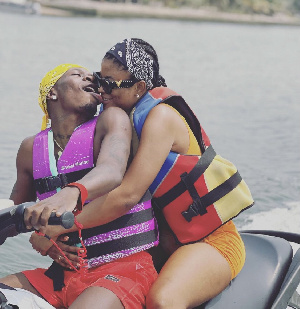 Shatta Wale says he is happy he met his new girlfriend

Dancehall artiste, Shatta Wale has shared a message with a picture confirming he is indeed in love with his new girlfriend.

According to the SM Boss, the lady identified as Elfreda is the woman he wishes for in his future. He has advised her to appreciate the ravishing life God has given them.

“Who’s that lucky girl. So happy I met you, my love. The queen for my future. Zaddy is here mami…Just enjoy this beautiful life God is giving us,” he said.

Shatta Wale, over the weekend, locked lips with Elfreda to confirm they were in a romantic relationship on social media.

According to the award-wining artiste, he has found the woman to make him feel butterflies in his belly again after a separation from his long-term lover, Diamond Michelle Gbagonah formerly known as Shatta Michy.

In a post he shared, the artiste played Medikal’s song ‘Odo’ featuring King Promise, with captions “she is mine, now I have told you, you see am for your eyes. Don’t blame me I’m in love.”

Loverboy Shatta Wale focused his attention on the part of the song that said ‘against baafo’ to mean ‘haters will cry’, while he locked lips with his new girlfriend. 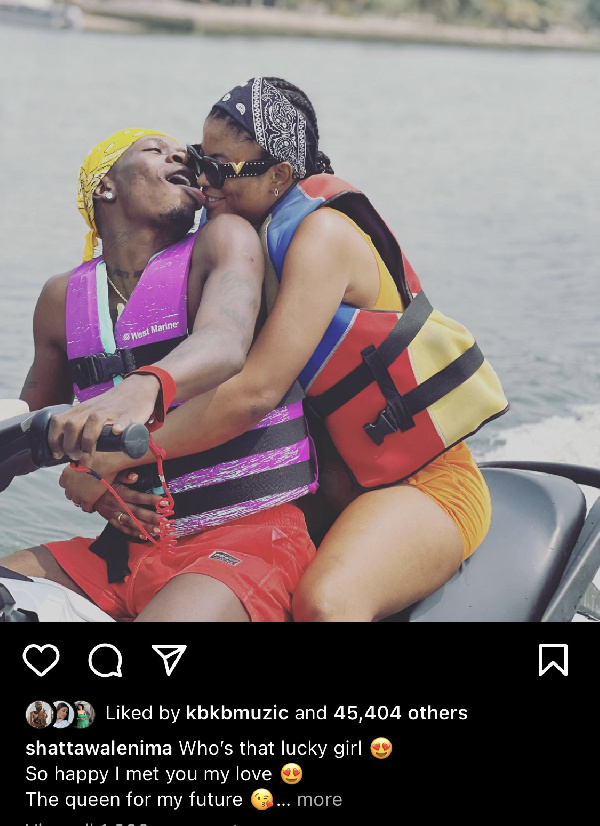