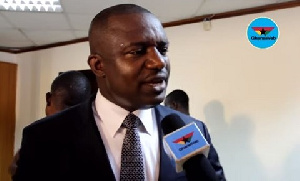 The Ranking Member for the Mines and Energy Committee in Parliament, John Abdulai Jinapor has stated that the government is on a deceptive agenda on the controversial Electronic Transaction Levy (E-levy).

According to him, the government and the Majority in Parliament have failed to engage anybody in Parliament and yet wants to get its policies and programs through.

“How can you bring consensus alone? The NPP alone cannot be the only source of knowledge. At least if not anything the abysmal record of the NPP tells you that the NPP cannot know everything in this world. So they should listen,” he advised.

Mr Jinapor made these statements when addressing the Town-Hall Meeting organized by the National Democratic Congress (NDC) in Kumasi on Monday, 24th January 2022.

The Member of Parliament for Yapei Kusawgu Constituency said the government must stop throwing dust into the eyes of Ghanaians that without the E-levy no government business can be rolled out.

“Another worrying trend is, the NPP said they would be using the E-levy for job creation called YouStart. The Minister of Agric said without the E-levy fertilizer production would come to a halt.

“The Road Minister also said without E-levy there wouldn’t be road construction again. The Minister for Information on his part pointed out that if the E-levy is not passed the nation would head to IMF,” Mr Jonapor disclosed.

He said out of the total amount to be generated from the E-levy only 5% has been earmarked for the YouthStart initiative.

“When you read the 2022 Budget out of the GHC7 billion expected from the E-Levy only GHC300 million from the total amount of the E-levy would be spent on the YouStart.

“GHC241 million was set aside by the government for a private company to use for the collection of the E-levy. If not the Finance Committee and the help of the Minority in Parliament Ghanaians would have to start paying Ghc241 million every year,” the MP narrated.