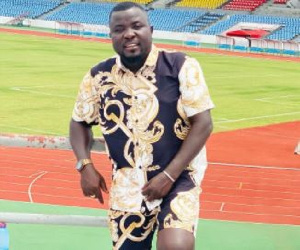 We are living in a crazy world, Dr Pounds says

Friends of Hushpuppi no longer celebrate his birthday, Dr Pounds

Radio presenter, Maximous Mensah, better known as Dr Pounds, has berated the attitude of friends who deject you once you land in trouble.

Citing Nigeria’s Instagram celebrity, Hushpuppi, as an example, he noted that he is no longer remembered now that he is behind bars.

In 2020, he was arrested in Dubai where he was living for money laundering and is currently facing criminal charges in the United States.

According to Dr Pounds, Hushpuppi before his arrest had a number of people associating themselves with him because of his influence but currently, he is long forgotten.

In an Instagram post sighted by GhanaWeb, the celebrated radio presenter stated that in times of trouble, friends will leave one to their fate.

“It’s been 2years now, nobody posts him anymore, no more praises as usual on his wall. Ramon Abbas aka “#Hushpuppi”. Even his birthdays were not remembered by anyone. In times of trouble, you will now know your true friends and followers. Most of the praises and fans here are FAKE so don’t run ahead of your shadows when people start making you feel extra special and untouchable here….its a crazy world.”