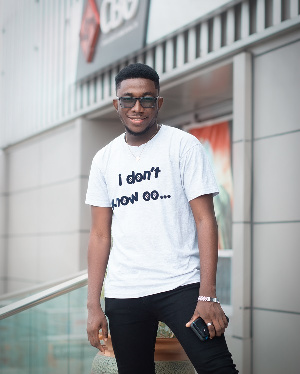 In an interview with Giovani Caleb on Tv3’s Showbiz 360, Kaly jay (@ gyaigyimii) revealed that social media changed his life in so many ways. He pinpointed his quantum leap to his ferocious national campaign on Twitter.

“The real breakthrough was when I used the #Fixthecountry. At a point, I was overwhelmed. The main idea of the campaign was to create awareness. You know, if I come on Twitter, it’s all about fun, entertainment.

“So I wanted to change the scene and wanted my audience to be aware of the reality on the ground. So I started with the hashtag, and Sneaker Nyame joined me. The whole nation agreed with me, and we started trending.”

According to Kaly Jay, social media is real life. He further explained that these virtual platforms are managed by real people. Therefore, the experiences and opportunities should not be underplayed on social networking platforms.

Kaly Jay also disclosed that he signed up on Twitter fully prepared to defend himself with whatever means necessary.

“When I signed up to Twitter, I came like fully prepared. So when someone comes at me, I attack. So it was like I was able to safeguard my territory. But now when people come at me, I just sit back and watch them because now I’m a big person,” he concluded.