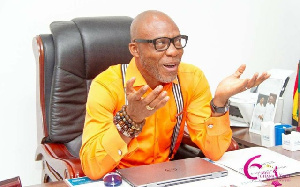 This he blames on the current leadership of the party that has over time exhibited a mark of incompetence failing to superintend over affairs of the party efficiently and effectively.

According to him, per the timetable put out by the political party, polling station elections should have been organized in the month of January, however, the elections haven’t taken place neither have the party informed its members of the cause of the delay.

He is worried that this could be an attempt to prevent activities leading the election of National Officers of the party not to be transparent.

Musah Superior made this known in a post shared on social media.

He called on the steering committee of the party to as a matter of urgency update the people in the party on the cause of the delay and also when they intend to organize the polling station election.

“Why are we (members of the NPP) still not formally informed whether or not the earlier announced time table for Polling Station elections scheduled for this month will come off? It is hugely disappointing that our great NPP has become functionally and administratively inept. The silence on this important basic unit level elections of our Party is totally unacceptable.

“It is abuse of mandate. The PEOPLES’ CAMPAIGN is calling on the Steering Committee to respect the masses by updating us on issues previously communicated to us publicly. It is important to note that the processes leading to all our internal elections are transparent and trustworthy,” his post read.