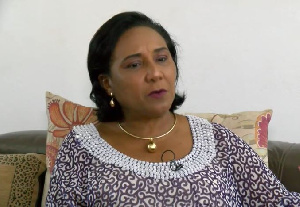 Gains of digitalization will be eroded if e-levy is implemented, Former deputy finance minister

Former Deputy Finance Minister, Mona Quartey, has said the time is not right for government to introduce e-levy.

According to her, the implementation of e-levy will disenfranchise many Ghanaians.

She continued that the gains from government’s digitization agenda will be eroded if the controversial e-levy is accepted.

Speaking on GH Today programme and monitored by GhanaWeb on Monday, January 24, 2022, Mona Quartey stated that most people will find alternative means to do transactions after e-levy is implemented.

“E-levy no the way to go…I think it will disenfranchise a lot of Ghanaians considering that one of the good things that has happened over the last few years… is that digitalization has gone far and very quickly…so the gains will be eroded. The e-levy will move people who do transactions that will require e-levy away from those transactions and find alternative means,” he said.

“It will cut across. It’s almost like a consumption tax and for government makes sense but because it will disenfranchise many people who don’t have that kind of money but use the e-levy, I think we have a major problem with it. It may have a negative result. It’s a nuisance tax at this time when we are going out of COVID…,” the former deputy finance minister said.

Meanwhile, the controversial e-levy bill will be re-laid before Parliament on Tuesday, January 25, 2022, for deliberations and approval.

Government intends to use the money accrued from e-levy to create jobs and grow the private sector to employ more of the teeming unemployed youth in the country.

The revenue generated will also accelerate government’s digitalization agenda, enhance the security of Ghanaians on digital platforms, aggressively expand the country’s road infrastructure agenda, reduce dependence on debt and reduce the crowding out of the private sector to improve access to credit.