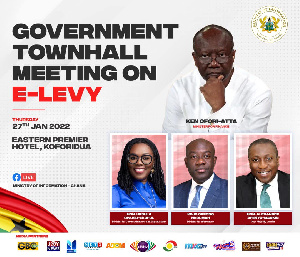 The government of Ghana, in its bid to ensure a public acceptance of the Electronic Transaction levy currently before parliament, is holding a townhall meeting in the Eastern Regional Capital of Koforidua.

The townhall meeting, according to the Minister for Finance, Ken Ofori Atta is to sensitize the Ghanaian population on the need and importance of the controversial levy which is currently a bill before the legislative house.

A flier of the event scheduled for Thursday, January 27, 2022, posted by the Ministry of Information has evoked what is seen to be a widespread public discontent towards the bill.

In several comments posted in reaction to the townhall meeting, various sentiments have been expressed about the decision by government to impose a 1.75% levy on all electronic transactions.

Contrary to the claim by the finance minister that Ghanaians are not in opposition of the E-levy bill into law, the comments shared under the ministry of information’s post indicates there is a good number of the populace who are not in favour of the bill.

See some reactions to the townhall meeting announcement below: 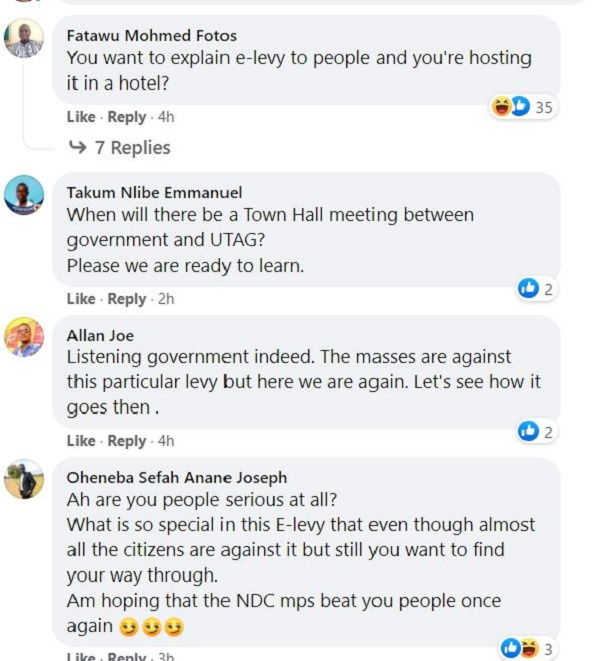 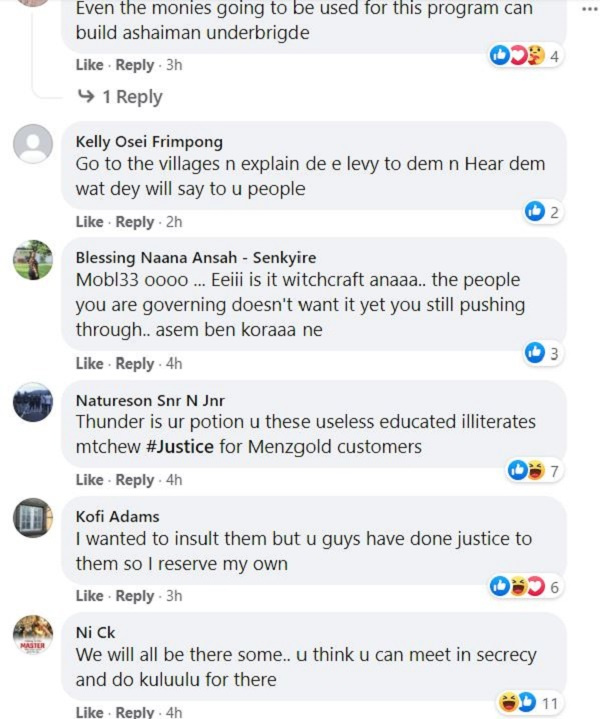