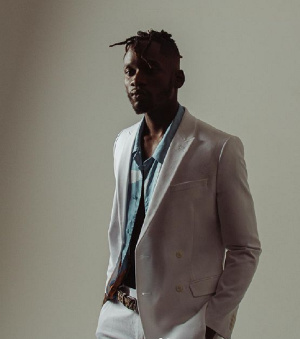 Mr Eazi prays for restoration for the people of Apiate

Many die after explosion at Apiate

Nigerian artiste, Oluwatosin Ajibade, known in the showbiz circles as Mr Eazi, has sympathised with the people of Apiate after an explosion resulted in the loss of lives and properties.

In the message shared by the artiste on his official Twitter handle, he said “Sending thoughts of condolences, comfort, healing & restoration to the good people of Apiate.”

Many other stars have rallied behind the people of Apiate, wishing them well and praying for them.

Apiate has hogged headlines over what is being described as a national tragedy within hours of its occurrence.

Death and mass destruction trailed the explosion that took place at the town near Bogoso after a road accident.

Whereas the people of Apiate and adjoining towns process the chaos they have been plunged into, the government has also moved to provide all the necessary support through mandated institutions.

According to the Ghana Police Service’s situational report, the accident happened around 1:25 pm.

Specifically, it involved a DAF vehicle with registration number WR 2252-18 transporting explosives from the MAXAM Company, Tarkwa, to Chirano Gold Mines and a motorcycle.

The impact of the motorcycle ramming into the truck caused a fire that ignited explosives on the DAF van causing it to burst into flames.

Sending thoughts of Condolences, Comfort, Healing & Restoration to the good people of Apiate ????????