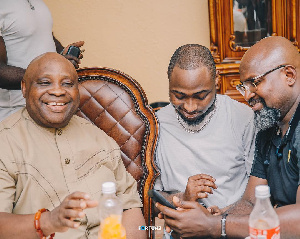 The Adeleke family has been confronted with a political scandal after David Adeleke popularly known as Davido took to social media to call out his cousin, Bamidele Adeleke for contesting the same seat as his uncle, Senator Adeleke.

The Osun state governorship position has been hijacked by the Adelekes, as both candidates emerged from the same family.

The incumbent, Senator Ademola Adeleke is however yet to speak about his competitor who happens to be his family member.

Davido has been known to use his platform to support his uncle’s bid to contest and possibly reclaim his seat as governor.

After his cousin, Dele announced his intentions to contest the Osun state governorship seat, Davido took to his social media page to call him out.

He also accused him of speaking ill about his late mother, calling him ungrateful and promising to expose him.

Dele on his part denied the accusations. He claimed those responsible for the false reportage on his late mother are chasing clout.

He also accused Davido of sending his fans to attack him on social media.

Regardless, he hinted about his intentions to go ahead with his plans to contest the 2023 elections in Osun State.

So far, colleagues in the industry are yet to speak on the ‘Adeleke drama’ on social media.

However, some fans believe this is a family issue and as shuch should be settled away from social media.

Here are some tweets from fans on the Adeleke’s governorship saga.

A lot of you on this app don’t understand where Davido is coming 4rm. He’s sad that Oyo State Gov paid Dele Adeleke to destroy the chances of Sen. Adeleke at the Primaries.

The PDP caucus as well as the people of Osun have confirmed this. Seyi Makinde is behind all the Wahala.

You seem not to understand that it’s a free world that we live in.

Na his God given rights to contest as well as his uncle or any other person. 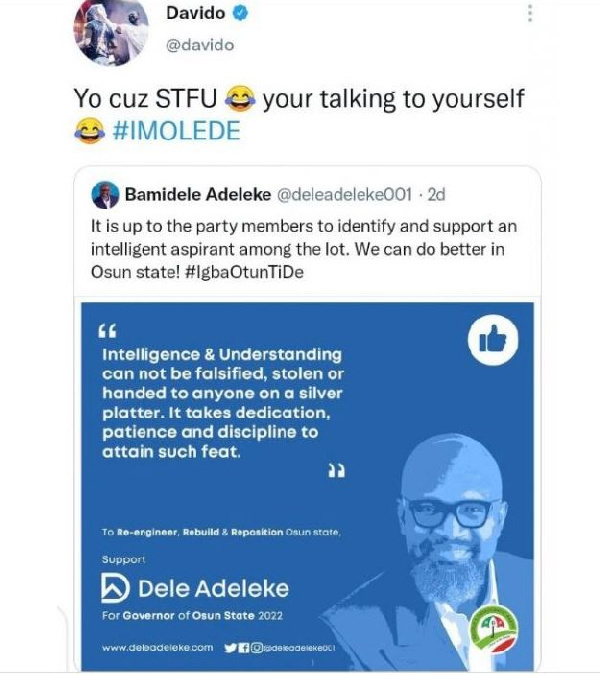 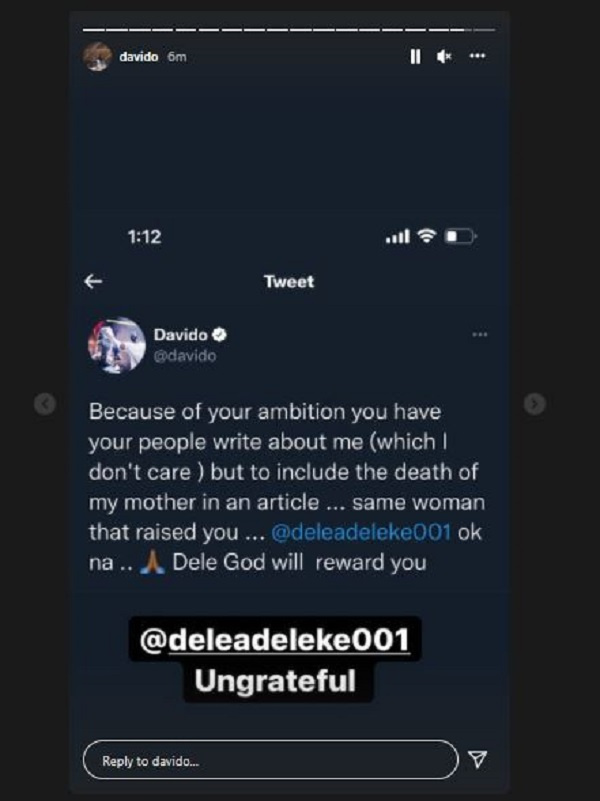 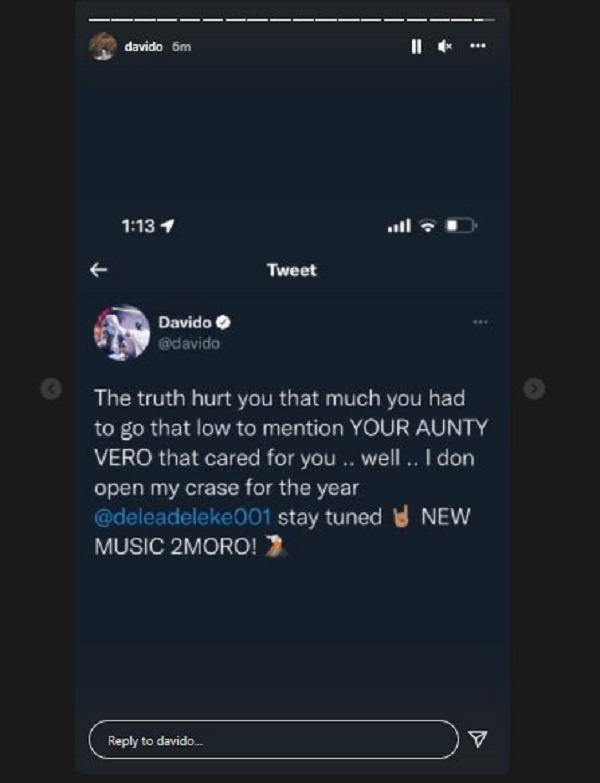 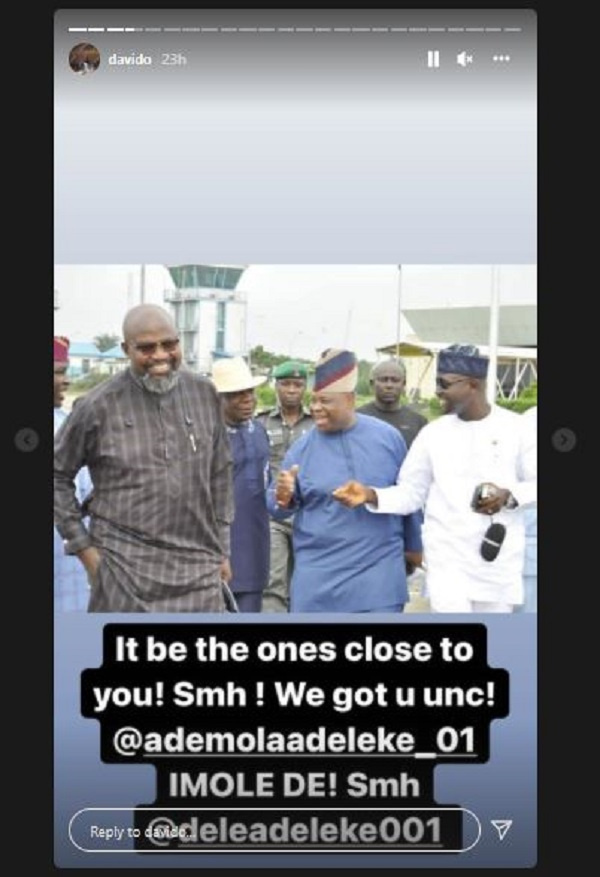 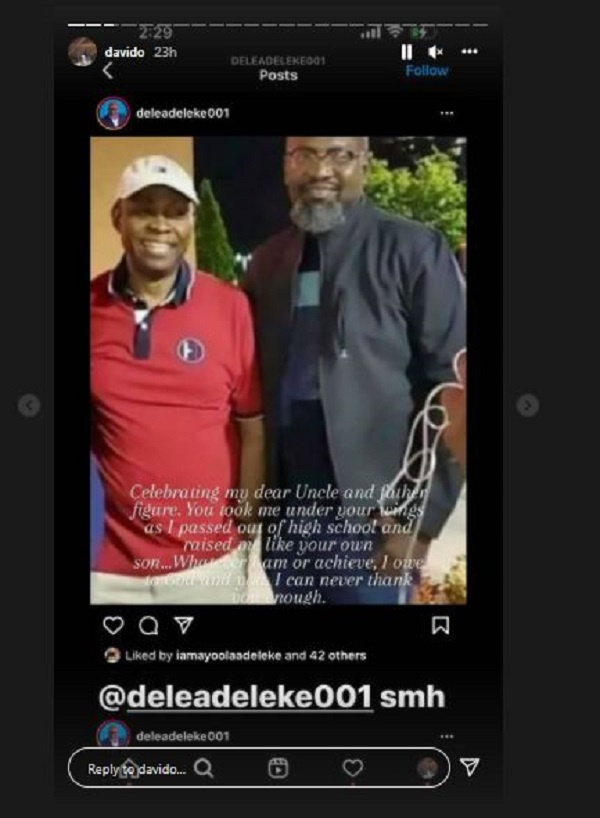 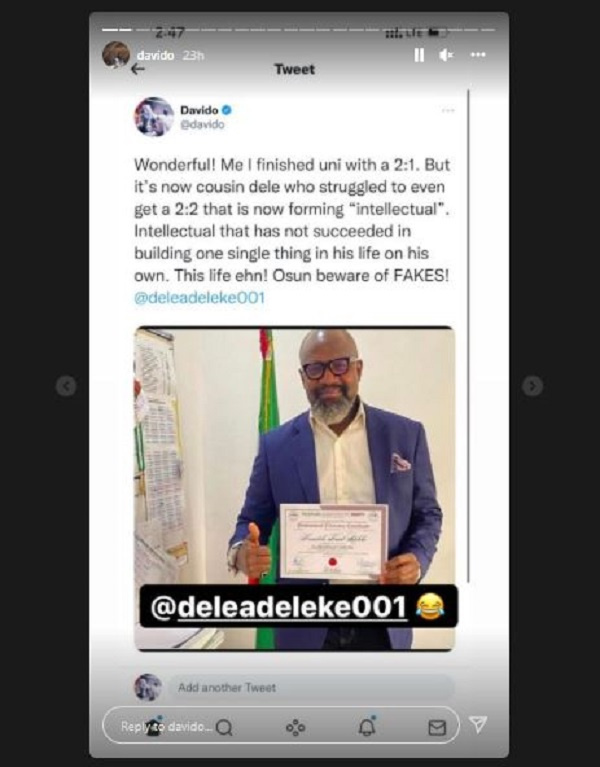 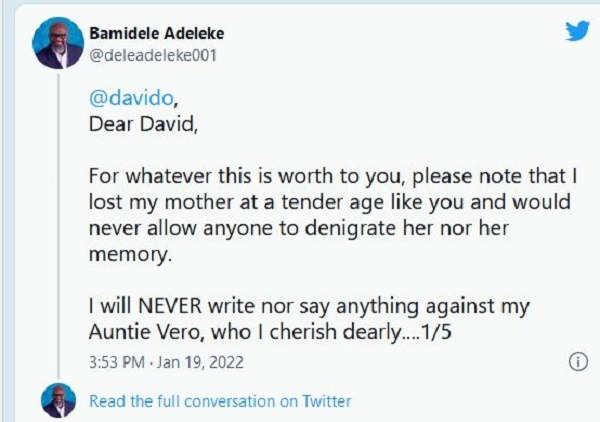 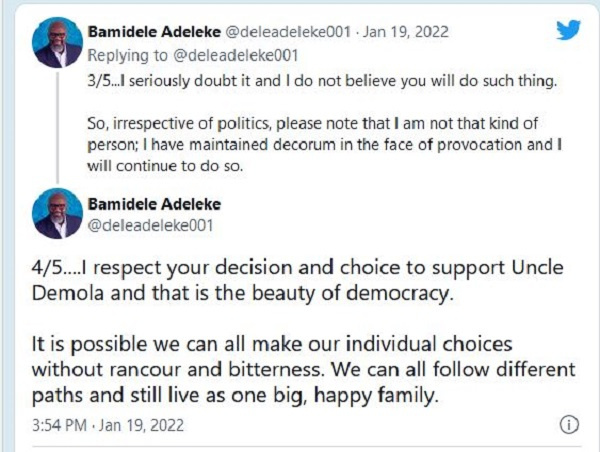 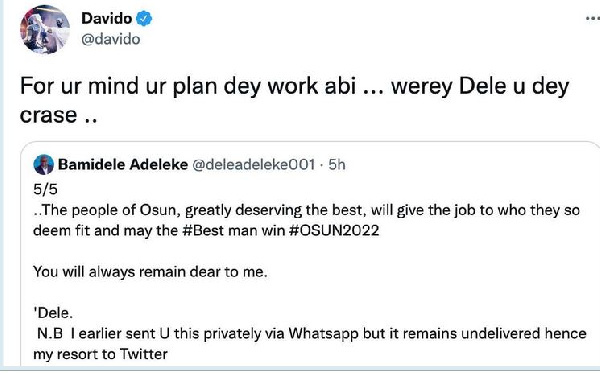