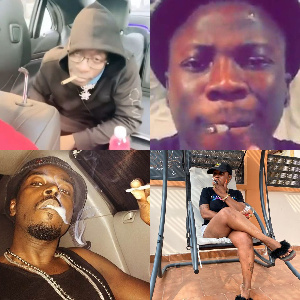 Efya discloses she doesn’t do drugs but smokes

It is hard to believe that many celebrities still have the habit of smoking but we wouldn’t know that but for social media which zooms into the life of some of these stars.

Stonebwoy, Shatta Wale, Afia Schwarzenegger, Efya and Kwaw Kese’s smoking habit made it to the list of artistes who were captured smoking publicly.

Although many of them smoke weed, it is illegal without a license from the Minister of Health, but the nation is, along with Nigeria, among the top illicit cannabis-producing countries of West Africa.

The list below highlights some celebrities captured publicly smoking:

Kwaw Kese on November 22, 2014, was arrested and later sentenced to a day’s imprisonment for smoking at a wine shop close to Plus Two pub at Nhyiaseo, a suburb of Kumasi.

The Police ruled out bail and processed the artiste for Court and he was fined GHc1,200. 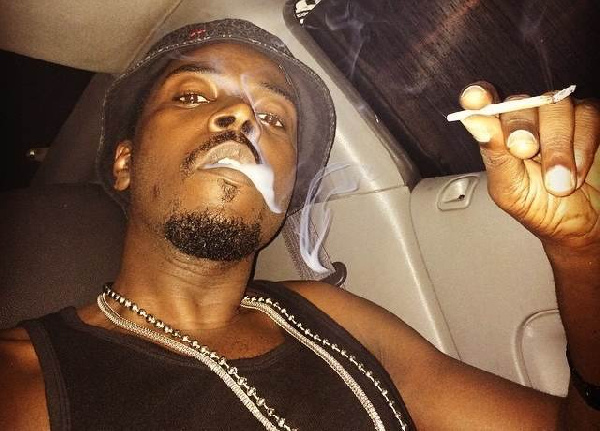 Another artiste who hasn’t hidden the fact that he is a chain smoker is Shatta Wale.

The artiste has been seen in countless videos and pictures holding a joint while making a statement or merely posing with it.

Recently on a weekend getaway with his new girlfriend, the artiste was spotted once again smoking and kissing his new woman.

Stonebwoy left fans dazed when a photo of Ghanaian dancehall artiste smoking a ‘Joint’ surfaced on the internet.

The photo of Stonebwoy’s ‘eye red’ with a lit ‘Joint’ in his mouth made netizens go berserk as many of them reacted to the post with surprise and shock. 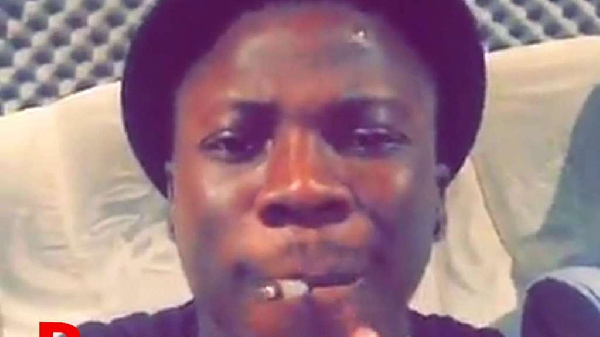 The controversial personality exposed the hidden lifestyle of her fellow celebrities in the industry after confirming she smokes about GHc5000 worth of weed.

Afia alleged in a video she shared on her Instagram page that most Ghanaian celebrities are chronic weed smokers, including some gospel artists.

She disclosed that these celebrities are held in high esteem but consume rolls of weed like they are eating salad.

“The weed you chew and the amount you add to your tea and food is even more than the one being smoked by Shatta Wale and Countryman Songo combined,” she said. 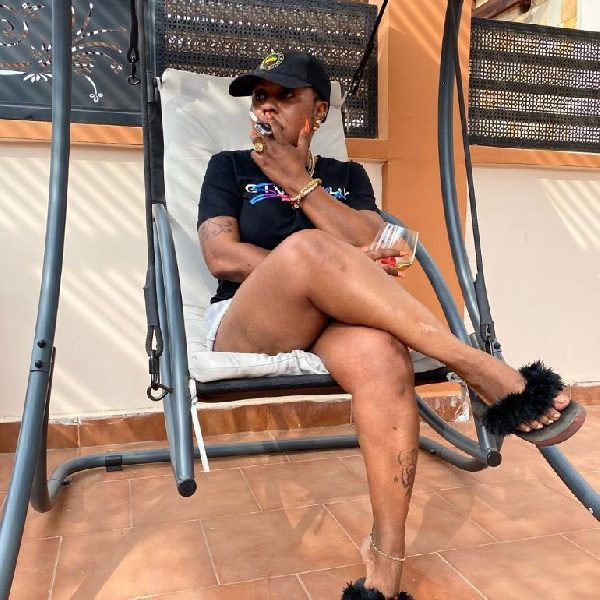 In the midst of her abundant talent, Efya has been under the radar for speculations that she is into hard drugs and stands the risk of killing her career if nothing is done.

However, she confirmed to be a smoker. The songstress, born Jane Awindor, refuted the allegations in an interview with Hitz Entertainment News Monday.

“I don’t know why people say I do drugs, nobody out there who has said that I do drugs has ever seen me do it. I can swear down and tell you that because I don’t do drugs. I smoke cigarettes, I do that, you see me doing it when I’m out, it’s my thing but nobody can judge me on that but the thing is I don’t do drugs,” Efya lamented. 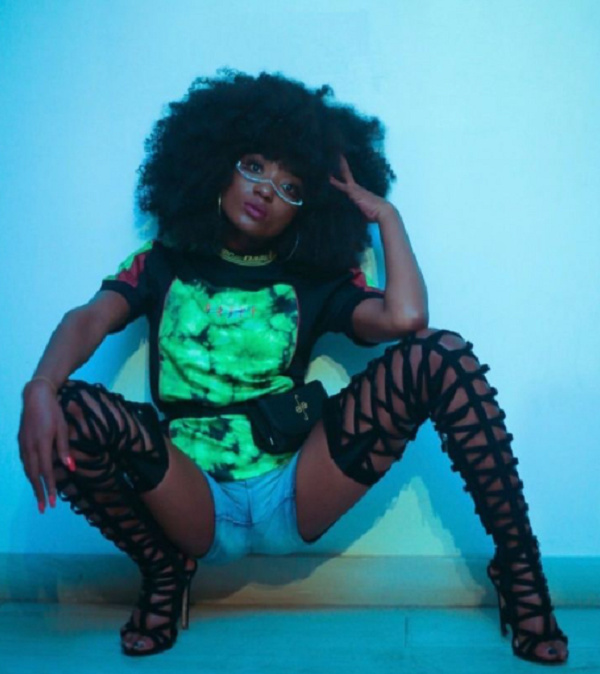