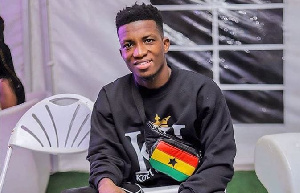 ‘Things Fall Apart’ hitmaker, Kofi Kinaata, has advised Ghanaians to quit dumping all the blame on coach Milovan Rajevac for the Black Stars’ appalling performance at the AFCON tournament.

Making his own analysis during an interview with host, Joe Debrah on Wamputu Sports which airs on Happy98.9FM, Kinaata stated that he does not exactly agree with people saying that a local coach should be employed to train the Black Stars. The singer went on to validate his point with an explanation.

“Let’s be truthful. Milovan wasn’t given enough time to prep the team for the tournament. He has only been with the Black Stars for about three months now so how can see form a strong team within this short while to go and win matches?” he quizzed.

“At least, if the person who was handling the boys previously had left a formidable team to manage, it would have been easier but I doubt Milo came to meet any team so how do we expect him to go and bring the cup home? He barely knows the players and no proper scouting was done so let’s not put all the blame on him”, Kofi Kinaata beseeched Ghanaians.

According to him, although it could have been that the tactics he taught the boys were not good enough, it also looked like he was scared to make substitutions. “I don’t know if they told him not to change some particular players but you’ll see someone so tired and would still be playing yet he would rather change someone like Issahaku Fatawu who was playing so well. Don’t you want goals?”

Kofi Kinaata concluded that being Ghanaians, he knows very well that corruption is something that is going to happen by all means, therefore, even if the match was sold and the plan was for the Black Stars to lose, it should not be made this obvious.