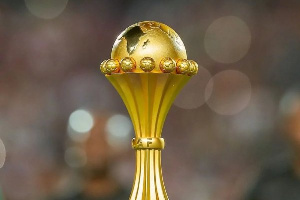 The group stages of the 33rd African Cup of Nations (AFCON) produced some thrilling outcomes with defending Champions Algeria thrown out of the tournament.

Four-time African Champion Ghana also missed out of a place in the round of 16, after picking just a joint from three matches.

The tone is now set for the next stage of the competition.

Host nation, Cameroon has been impressive in this AFCON having qualified to the Round of 16 stages without losing any match in the group stage with a record of two wins and a draw.

The Indomitable Lions would face debutants Comoros, who threw out four-time winners Ghana out of the competition after beating them 3-2 last Monday.

Burkina Faso, who secured the second spot in Group A with four points, would take on Gabon, who also finished second in Group C on Sunday to battle it out to the quarter-final stage of the competition.

One of the most anticipated Round of 16 clashes would see Egypt lock horns with Cote D’ Ivoire.

Cote D’ Ivoire finished top of Group E with seven points while Egypt who have had a difficult start in this tournament finished behind Nigeria in Group D with six points.

Cote D’Ivoire and Egypt on Wednesday, January 26 at the Japoma Stadium with the winner advancing to the quarter-finals.

Coach Vahid Halihodzic and his Moroccan boys would face Malawi on Tuesday in the Round of 16 clash.

Morocco finished top of Group C with seven points without picking up any loss, while Malawi finished third of Group B with just three points.

Senegal, who qualified to the round of 16 stage of the competition with five points, would face Cape Verde who also qualified from Group A with four points, on Tuesday.

Guinea, finished second in Group B with four points, would also face The Gambia who put up a surprising performance in the final group game on Monday.

The Gambians after scoring a late goal against Tunisia yesterday booked their spot in the Round of 16 stage of the tournament.

Mali, who topped Group F would also battle it out with Equatorial Guinea who recorded one of the most remarkable results in the history of AFCON after beating defending champions Algeria.

Nigeria, who are the only side to win all three group games face Tunisia who could only manage third position in Group F on Sunday.

Winners of the round of 16 stages would battle it out also in the quarter-final stage in the quest to win the pretigeous continetal trophy.