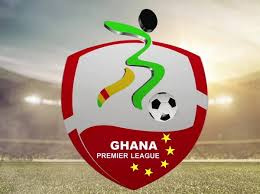 The 2021/22 Ghana Premier League season will enter matchday 14 this weekend with all scheduled nine matches set to go ahead as planned.

On Saturday, defending champions Hearts of Oak will travel to Anyinase where the team will lock horns with Karela United.

The game that will be played at the CAM Park will be tough for both teams pushing to climb high on the league standings.

For Hearts of Oak, the team still aim to win the league title and are expected to go in with a strong time to try and earn all three points.

On the same day, the Accra Sports Stadium will host the match between Accra Lions FC and Ashanti Gold SC.

Since gaining promotion to the Ghanaian top-flight league, Accra Lions have done fairly well but needs to improve or be relegated at the end of the ongoing season.

This weekend, the team hosts struggling Ashanti Gold SC, a team that has disappointed since the start of the campaign.

Later on Sunday, Real Tamale United will play as a guest to Eleven Wonders in Techiman, Bechem United will host WAFA SC at the Nana Fosu Gyeabour Park, Gold Stars will be up against Legon Cities at the Duns Park, with Great Olympics facing off with King Faisal.

Elsewhere, relegation-threatened Elmina Sharks are expected to take on Berekum Chelsea at the Papa Kwasi Nduom Park with Asante Kotoko and Medeama SC set to feature in the biggest game of the Round.

Dreams FC and Aduana Stars will wrap up the games to be played on matchday 14 when the two teams lock horns on Monday, January 24, 2022.

Though the Ghana Premier League season has gradually progressed, both teams remain in the race for the league title.

Both teams will hence fight to bag maximum points when they take to the pitch on Monday.