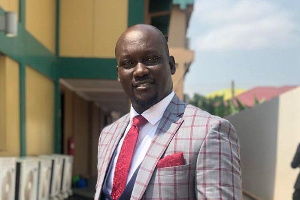 The rate at which actors have been soliciting financial assistance in the public space has become rampant which has aroused a discussion about the progress of the film industry.

According to Mr. Fiati who is the Head of the Technical Committee of Ghana Actors Guild, the state of the industry makes it difficult for actors to depend solely on their craft to earn a good and comfortable living.

In an interview with GNA Entertainment, Mr. Fiati said: “In principle, I think it would be good for actors to get an addition of a day job while pursuing their passion. You cannot live just by acting and I always tell people I am not an actor but just act because I don’t’ live by acting.

“So, what I am saying is that actors should get multiple streams of income because, with the kind of industry we have, you cannot live with just the act of filmmaking. So, actors need to find something to do so that they can easily deal with some difficult situations,” he said.

He urged actors to live a simple life and not be overwhelmed by their celebrity status and be spending lavishly with the little monies they get from acting which according to him was not rewarding enough.