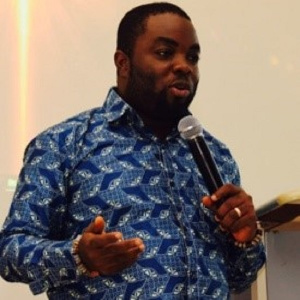 The Institute for Education Studies (IFEST) has stated that over-reliance on wholesale policies in the education sector is the major cause of the country’s ever-widening equality gap – hence calling for targetted data-driven policies.

According to the think-tank, the practice of developing straitjacket policies and rolling out same in both rural and urban schools across all regions and districts has not helped bridge the education inequality gap in any way, but rather widened it the more.

Hence, the Ministry of Education (MoE) should implement policies based on available data which point out specific needs of various districts and regions as against the status quo.

Executive Director-IFEST, Peter Anti Partey, in a statement said: “We are convinced that the over-reliance on wholesale policies has contributed to widening the extent of inequality in providing quality education to the citizenry, and therefore call for a data-driven targetted policy intervention that will help solve challenges in the education sector, this year and beyond.

“IFEST wishes to bring to the attention of our education sector managers that stringent efforts must be made to make judicious use of the rich data available to the ministry.”

In terms of focusing on data-driven initiatives, IFEST is advocating that the ministry pays attention to regional and district disparities in terms of parameters such as the Pupil-Trained Teacher Ratio (PTTR), Completion Rate, Transition Rate, Classrooms Needing Major Repairs (CNMR), among others.

For instance, the national Net Enrolment Rate (NER) for Primary and Junior High Schools (JHS) is about 80.3 percent and 45.8 percent respectively, with completion and transition rates for JHS being 77.5 percent and 92.5 percent.

However, regions such as Eastern, Bono East, Savanna, and Oti are lagging behind these national averages and require critical attention.

“Again, in terms of PTTR, creche and nursery schools in Ashanti, Greater Accra, Central and Bono Regions continue to record high ratios of between 90 to 110 students per teacher. This defeats the desire to strengthen our educational system’s foundation and efforts to promote Early Childhood Education in these regions,” Mr. Partey stated.

In the Western North Region, for instance, a total of 1,705 teachers are needed for KG, Primary and JHS. These statistics infer that this year teacher recruitment and deployment strategies should be informed by data, which should result in teachers being posted to regions where their services are needed.

It is worth noting that despite the national average for classrooms needing major repairs at the basic level being 21 percent, regions such as Bono and Northern recorded 25 percent and 23 percent respectively.

Therefore, IFEST suggested that infrastructure development at the basic level should focus more on these regions to achieve the needed impact and bridge the equality gap in educational resource distribution.