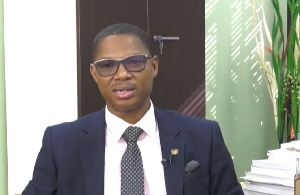 Xavier Sosu celebrates Dormaahene for being truthful and honest

The Member of Parliament for Madina Constituency, Xavier-Francis Sosu has come under fire following a recent post he made on Facebook which he has since deleted.

In his post which was captured and has since been circulating on social media, the opposition MP described the Dormaahene as a truthful and honest person whose impact on his subjects will see him celebrated by the next generation.

“Truth and Honesty. The next generation will celebrate you. His Royal Majesty with the people at heart. This is life of impact and influence,” his post accompanied by a photo of the Dormaahene read.

The post by Xavier-Francis Sosu comes at a point when the Dormaahene and the Asantehene, Nana Otumfuo Osei Tutu have been engaged in a verbal conflict.

Both leaders have accused each other of twisting history to favour their course.

See the now deleted post by Lawyer Xavier-Francis Sosu below: 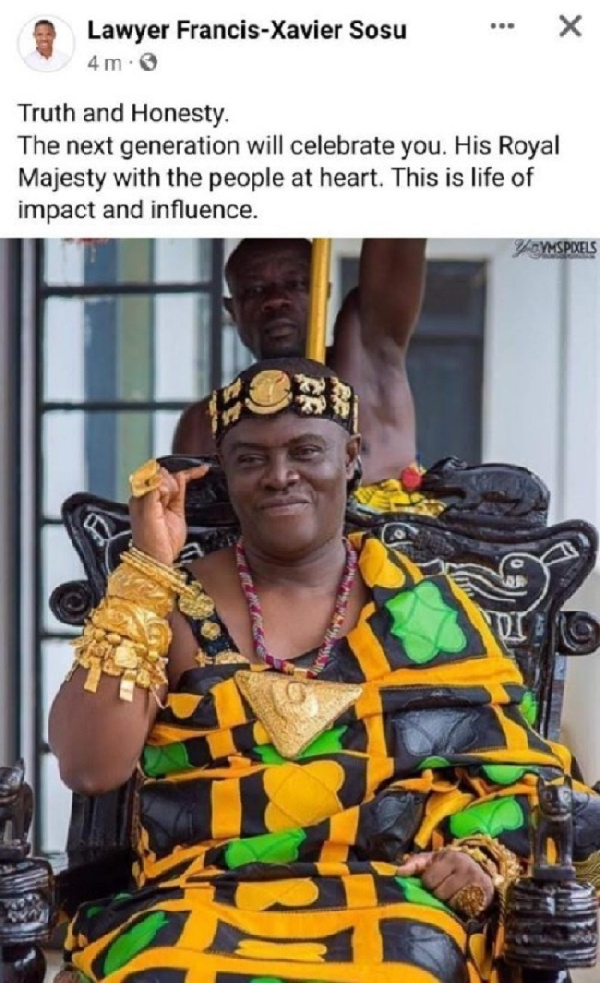