Davido and his uncle, Bamidele Adeleke

Davido’s cousin, Bamidele Adeleke, has responded to the singer’s rants concerning his decision to contest the same governorship seat as his uncle, Senator Ademola Adeleke.

Earlier, Davido took to his social media page to call out Dele for contesting against his uncle.

The popular singer also claimed that his cousin spoke about the death of his mother in an article which he finds disrespectful.

But reacting to Davido’s claims, Dele debunked all of such allegations.

He has described the article in question adding that some people are merely seeking public attention.

Touching on claims that he spoke ill about Davido’s late mother, Dele denied ever making such statements.

He also accused Davido’s fans of threatening him on social media.

Watch the tweets below 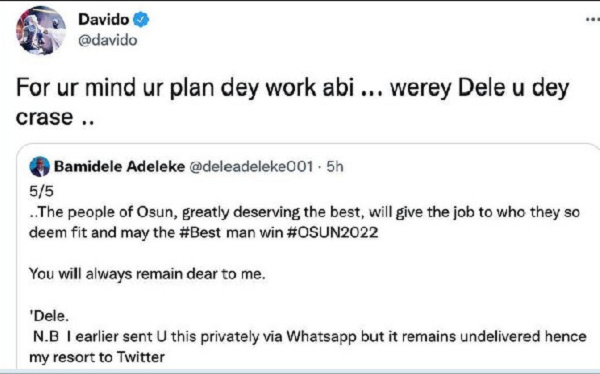 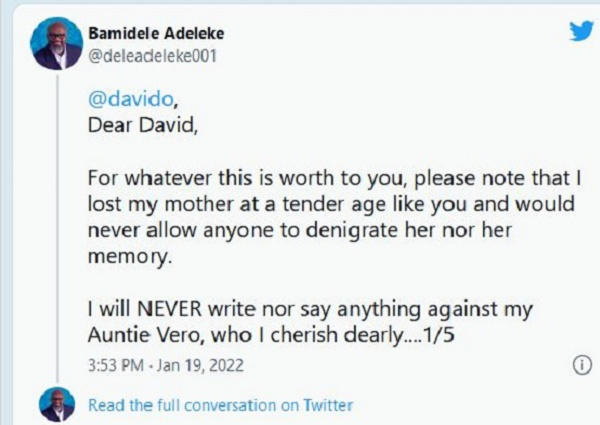