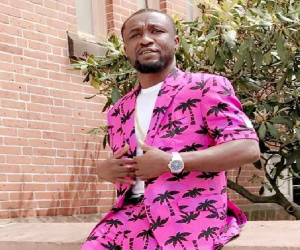 I am now a full-time singer, Archipalago

Social commentator and singer, Archipalago, has declared himself as the ‘king and leader of bloggers’ in Ghana.

In his latest revelation, Archipalago, has said that he is the originator of ‘blogging’.

“I was the first person to introduce blogging in Ghana. I started it all… even Ameyaw Debrah, I am his master. You can confirm this from him, but they are the ones who started earning money from it. For me, I was just doing it for passion.

“I started blogging in January 2009. I was using my phone to capture everything, from Circle to Kejetia. I am the father of all bloggers in Ghana, I swear to it. I was the first person to set a camera to my face and address issues in the country as a social commentator. I started it all… it was video blogging,” Archipalago revealed in an interview with blogger Sammy Kay.

The controversial social media commentator has also announced that he is now into full-time music despite being mocked for his first single ‘Megye’ released in 2019.

The music video attracted a recorded number of ‘dislikes’ on YouTube.

“Currently, I a focused on music because I have tried every other thing so right now, I am a full-time musician. I am a multi-talent musician… I was the first social commentator in Ghana but now, I have elevated to a musician. I have shunned that job for the bloggers.”