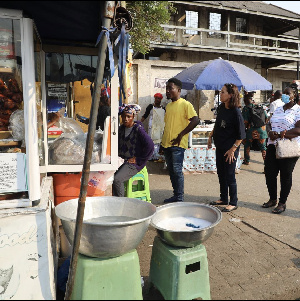 France Ambassador, Anne Sophie stands in queue to but waakye

France Ambassador roots herself in the Ghanaian culture

France Ambassador to Ghana, Anne Sophie Avé has, in a viral picture been spotted standing in a queue to buy waakye from a local food vendor.

Since she assumed her position in Ghana as France’s ambassador, Anne Akosua Sophie, as she prefers to be called, has immensely rooted herself in the Ghanaian culture.

However, netizens finally came to that realization when the Ambassador was spotted smiling as she waited in line to buy waakye in a picture shared by blogger, Zionfelix on his Instagram page.

On countless occasions, she has proven to be Ghanaian at heart and has accepted the culture by dressing in the traditional clothes and adopting a Ghanaian name ‘Akosua’ which she uses on her Official Twitter account.

Netizens have shared epic reactions to the post as Nana Afia said “But no one will notice her? Me koraa if not for ur caption, anka I didn’t know her face,” with Kwasi Asamoah saying “Wwoooow I love this woman.”

In April last year, she was enstooled as Nkosuo Hemaa of Hani in the Bono Region. Now known as Nana Benneh III, the Ambassador pledged to support the development of her community.

Anne Sophie Avé is enjoying her stay in Ghana as she has been spotted at major events that seek to project the West African country.

She also held an event dubbed ‘Paris in Accra’ last year that witnessed a host of Ghanaian musicians in attendance. 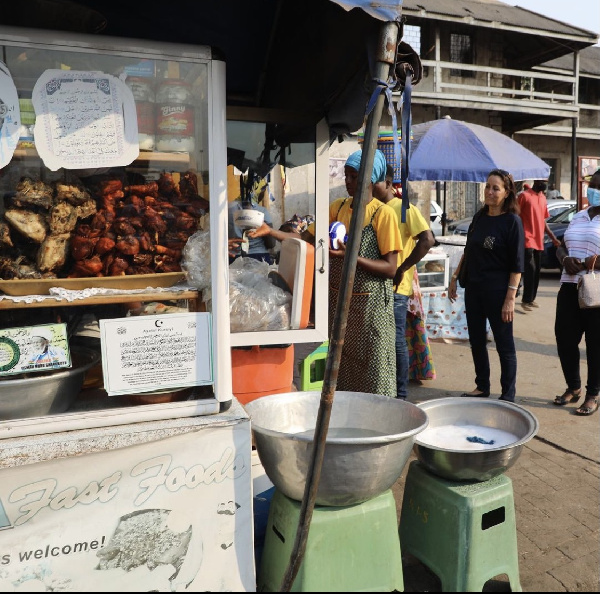