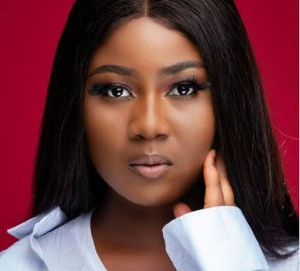 Salma Mumin thrown into a negative spotlight on social media

Salma’s pictures were splashed on the screen during the show and the unidentified TV presenter was busily lambasting her outfits and body stature.

As though that wasn’t enough, the ‘TV presenter-turned-fashion-police’ blatantly accused Salma Mumin of undergoing a body enhancement procedure among others.

Salma who seemed disgusted by the adjectives used in describing her coupled with the negative manner in which the presenter spoke about her, gave a deadly response.

While recording the ‘pepper mouthed presenter’, Salma told her to go and fix herself before speaking ill about her.

“Look at her lipstick, look at her makeup? Girl go fix yourself. Go fix your acne. Fix your eyebrows and fix your lipstick. Damn you come and talk about me, you better be looking fine. She doesn’t even know how to mention Liposuction. Foolish girl,” she stated.

This isn’t the first time Salma has fought a TV presenter for speaking against her in a bad light.