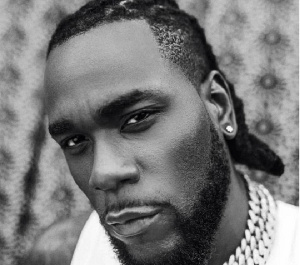 Grammy Award-winning Nigerian Singer, Burna Boy, has taken to social media to express his utmost desire to stop having emotions.

Unclear what his reasons are, the popular Nigerian singer revealed that he doesn’t want to possess any form of feeling towards any human being anymore.

His post reads, “I don’t want to feel anything. I don’t want to ever have emotions again. Who knows what I can do to achieve this. I will pay whatever. I swear.”

His post has since attracted comments from individuals on social media including others that have alleged that perhaps the controversial singer has fought with another colleague.

Others have suspected that he could be facing relationship issues with his girlfriend. 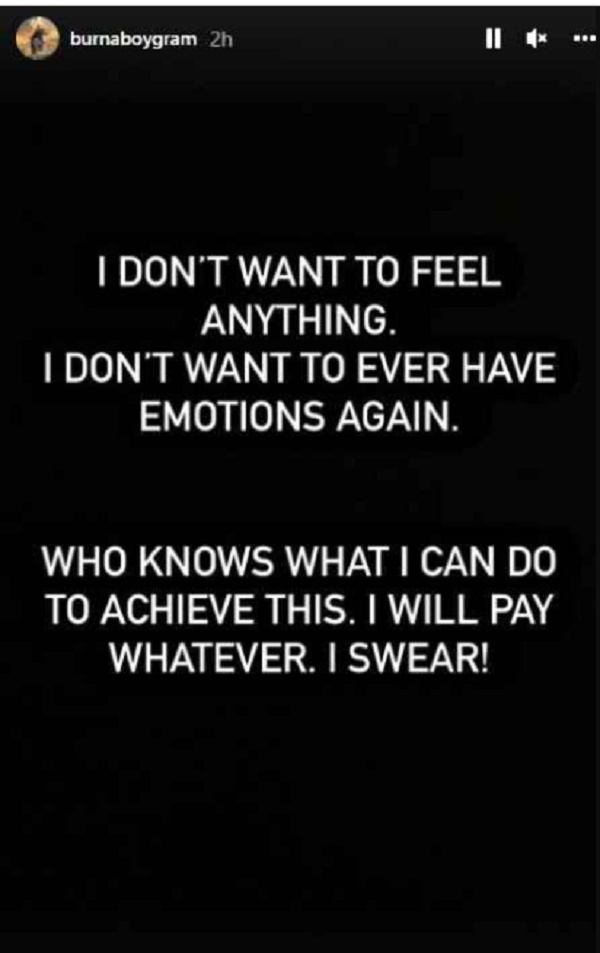