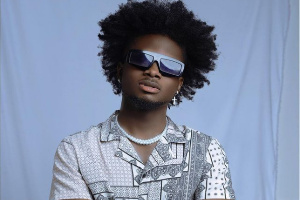 Kuami Eugene highlights what it entails to be a Ghanaian musician

Ghanaian highlife singer, Eugene Marfo, popularly known as Kuami Eugene has stated that some ‘talentless’ underground artistes must be kind enough to themselves and quit music.

He said sometimes these budding artistes must understand that it’s the lack of talent that is inhibiting their progress and not other factors as they believe.

The ‘Bunker’ hitmaker was speaking during a discussion with his label mate, KiDi, and other panellists on why some artistes find it difficult to penetrate into the Ghanaian market.

KiDi first shared his opinion on some factors that prevents artistes from gaining their feat in the music industry.

“Maybe it’s not your calling so you’ll get frustrated and wonder why you’re doing everything right but not blowing. You need a team. I can’t emphasize enough how important a team is to an artiste. You can’t do it all alone. You’ll be ruined. You’re supposed to focus on your craft and here you are chasing after interviews, shows and doing everything all by yourself,” KiDi stated during an interview with CitiTV monitored by GhanaWeb.

It was in this light that Kuami Eugene immediately interrupted KiDi and established that some underground artistes are simply not cut out for the music profession.

“Sometimes you don’t need a team. You just need to stop because it’s not your talent.”