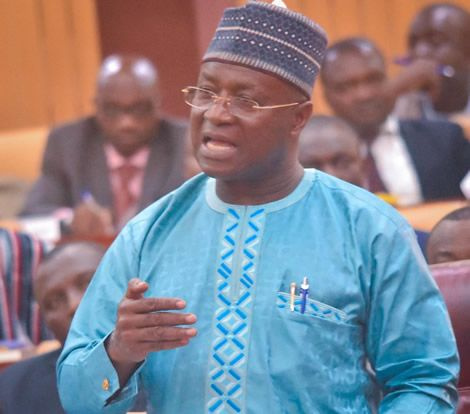 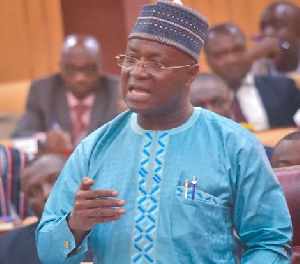 Osei Kyei-Mensah-Bonsu is the Majority Leader in Parliament

A disappointed Majority Caucus in Parliament has questioned the locus for which the Speaker of Parliament, Alban Bagbin, would create an impression that he is being gagged.

According to the Majority Caucus, the position of the Speaker of Parliament makes him a neutral person, for which reason he isn’t allowed to talk on just about anything he wants, any time.

This, the Majority Caucus said in a statement dated January 17, 2022, is also due to the fact that as a Speaker of Parliament, his role is similar to that of a referee and it cannot be true that he is being suppressed in any way.

“The statement from the Speaker’s office emphasises that the withdrawal of the military personnel is an attempt to gag Mr. Bagbin. It is difficult to comprehend the meaning of this. Speakers are supposed to be neutral umpires or referees in Parliament. They are supposed to listen to Members in silence and not participate in debates.

“They make rulings when called upon to do so by Members. The rulings must conform to the Rules of Procedure of the House otherwise referred to as Standing Orders. In that regard the Speakers lose their persona whilst presiding. Therefore, what voice does the Speaker have that is being muted or gagged?” the statement read in part.

The statement also highlights a number of issues that the Majority found disturbing and disappointed about, with regards to how the Speaker of Parliament has received the good gesture they have accorded him.

The group called Alban Bagbin “unappreciative” of all of these gestures, questioning why he decides to leave the jurisdiction without the knowledge of the Office of the President, especially when that same Office has made things available for him that previous Speakers of Parliament never got the chance to enjoy.

“Following from the principle of bending backwards to accommodate the Speaker, the Minister for Defence has on occasions availed Casa-Air Plane and Helicopters to carry the Speaker to his Region and home village. Again, when the Speaker was invited to Nigeria the Presidential jet was placed at his disposal. These facilities have not been accorded the previous Speakers. It does appear that the Rt. Hon. Bagbin is unappreciative of these gestures from the state,” the statement added.