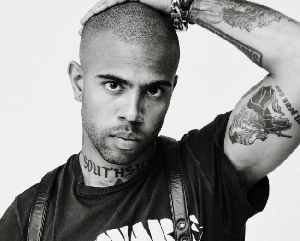 It appears Vic Mensa’s fun trip to Ghana has been climaxed with bad news as the American-based Ghanaian rapper has been arrested by the U.S Customs for allegedly returning with a stash of mushrooms from Ghana.

According to an American news channel, TMZ, the rapper was taken into custody upon his arrival at the Dulles International Airport in Washington DC where mushrooms were found in his luggage after a thorough search was conducted on him for the second time.

Per reports, Vic has since been booked for felony narcotics possession. This is because, in parts of America, Psilocybin (the scientific name for mushrooms or shrooms) remains a substance under federal law although there’s now a push in some states to legalize it.

One can recall that Vic Mensa had been hanging out in Ghana with Chance the Rapper and several other celebrities in high places.

He also paid a visit to President Nana Addo Dankwa Akufo-Addo prior to his departure.