Tracey Boakye rocks a black cut-out gown on her birthday

Reacting to the viral photos of the Ghanaian actress and movie producer, fans noted that Tracey stole Kim’s look and made it hers.

Pictured in a long black cut-out gown made by a Ghanaian designer, Tracey decided to show skin by opting for a cut that gave away parts of her cleavage.

Comparing the two separate images, there are a number of similarities including the position of the car, shopping bags, hairstyle, to the colour of the dress, a black gown!

In Kim’s original photo, she was promoting a luxury shopping spree.

According to Tracey’s followers, she nailed the look!

Check out the photos below: 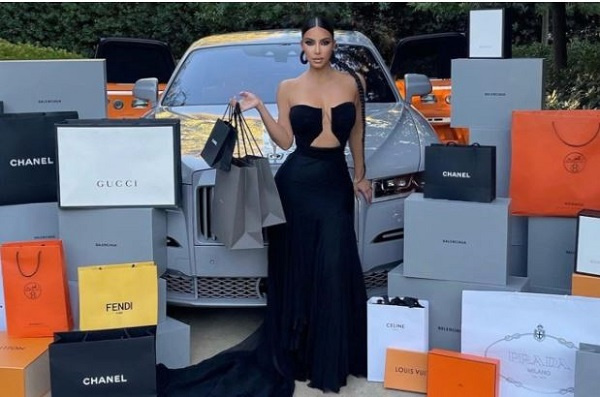 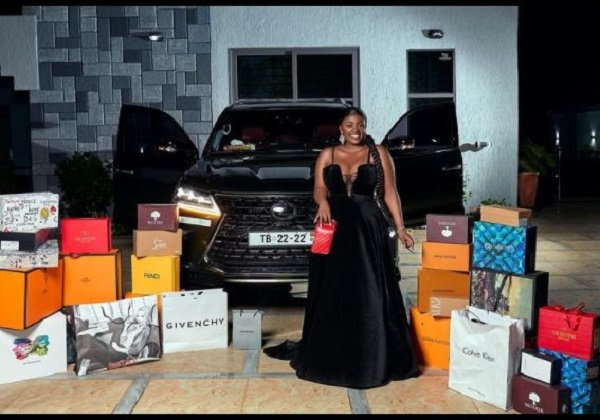