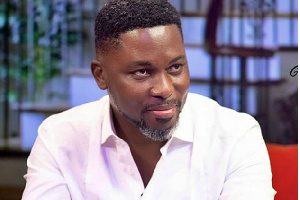 Kwame Asare Obeng also known as ‘A Plus’

Shatta Wale and Burna Boy dirty themselves on social media

Sharing his opinion on the issue, A-Plus said he has deliberately refused to state his stance on the issue adding that there’s the need to adopt a tactical approach about issues of this sort.

His comments were in reaction to Kevin Taylor’s attacks thrown at Ghanaian entertainment pundits for failing to defend Ghanaian artistes during Shatta Wale’s feud with Burna Boy.

“For Burna Boy to make a statement that he can make life difficult for Shatta Wale and nobody had an issue with it shows that those people sitting on TV are all crazy. I mean UTV and that entertainment nonsense they do led by Nana Ama McBrown, I respect her a lot but she doesn’t even know what she’s doing there. Those boys sitting at GHOne and those people calling themselves entertainment pundits are the foolish ones destroying the entertainment industry,” Kevin Taylor earlier stated.

But responding to such claims, Kwame A-Plus said;

“What if Burna Boy called Shatta to say; my people are not giving the Ghanaian music industry the needed support. Let’s stage this or that. For all you know, Burna Boy and Shatta are planning a collaboration to break into the Nigerian music industry. It happens all the time!! Has Shatta himself reported to the police that a Nigerian has threatened to kill him and therefore the police must arrest him on arrival in Ghana or prevent him from entering our country? If you just dive into the fight head first, wo bɛ yɛ third person. Before you say jack, Shatta and the person who threatened to kill him are at the beach having fun,” A-Plus wrote on his Facebook page. 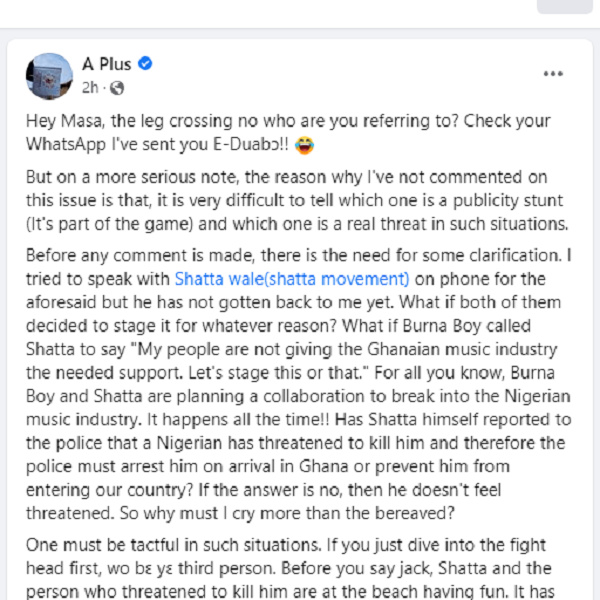 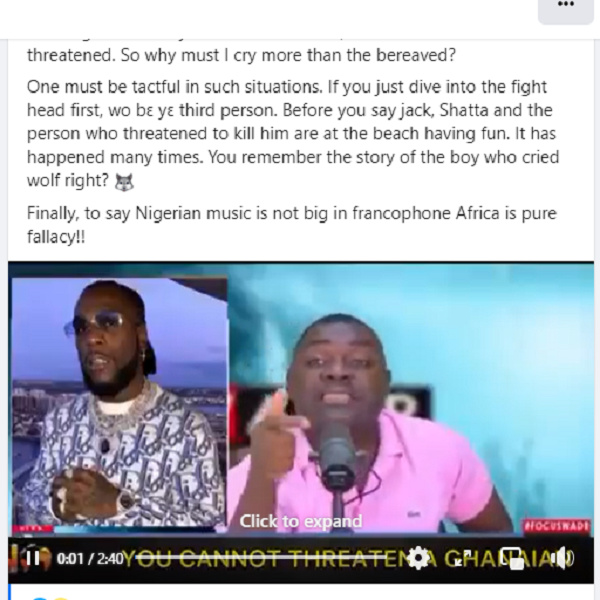