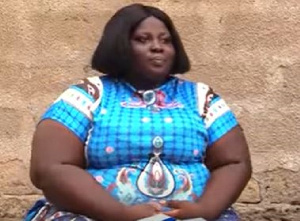 Speaking on SVTV Africa, Josephine indicated that when she goes out with friends, men reach out to her more than her slender friends, hence her decision to stay a plus-size woman.

Josephine has indicated that she won’t lose weight as many have advised.

“People often say that men have challenges with plus size women but I’ve realised that men like us more. Sometimes I go out with a slim friend to about four places. The big men with big cars rather come proposing to me but not even two men will talk to her.

“So why do people think men don’t prefer us. I think men hide it because of the perception of plus-size women. Some are proud of their plus-size ladies so they show them off,” she told host DJ Nyaami.

Josephine added that she is confident in her body, and has not thought about losing weight.

According to her, she is healthy and exercises a lot.

Watch the full interview below: