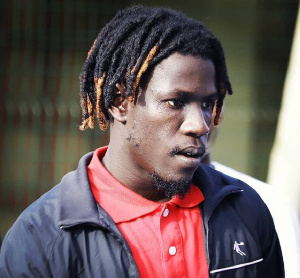 Talented Ghanaian rapper, King Paluta born Thomas Adjei Wireko has announced the demise of his father via a post on Facebook.

In the post sighted by zionfelix.net, King Paluta told his fans that his father, Mr. Joseph Kwaku Sarfo died on Friday.

He adds that he will miss his father a lot because he was a good man.

King Paluta described his father as his best friend. He also prayed that his father rests well wherever he is now.

The post read: “I Lost my Dad Yesterday Morning, Mr. Joseph Kwaku Sarfo. He was a good man. He wasn’t only a father to me but also my very good close friend. I really miss him so much already. Rest In Peace Daddy. Till We Meet.”