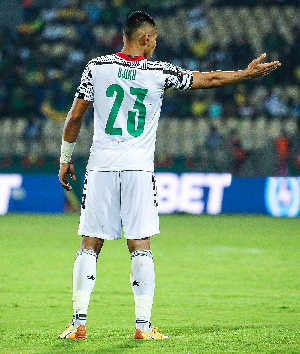 Black Stars defender Alexander Djiku remains optimistic of Ghana’s chances of reaching the last 16 of the Africa Cup of Nations despite picking a point in two games.

The Black Stars surrender an early lead to draw 1-1 with Gabon on Friday night, leaving the team with a slim chance of progressing to the next stage.

However, the Strasbourg center-back is not giving up yet.

“United until the end. Always believe it,” he wrote on Twitter.

The Black Stars travel to Garoua for the final Group C game against the Comoros Island, and a win could potentially see them through to the next round as one of the best third-placed teams.

Ghana has not been eliminated from the group’s stages of the tournament since the 2006 edition in Egypt.

It will be disastrous if the team fails to continue their journey in Cameroon after Tuesday.

United until the end