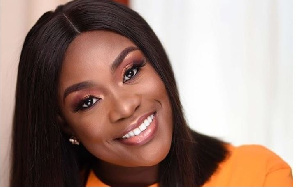 Emelia Brobbey out with a new song

Emelia Brobbey has improved on her singer, Music lovers reveal

Emelia Brobbey, one of Ghana’s celebrated actresses, in 2019 ventured into professional music-making but received several criticisms from music lovers who claimed that she didn’t have the ‘voice’ to sing.

Emelia who goes by the stage name MzEB was mocked after the release of her single ‘Fa Me Ko’. A section of the public advised her to quit singing and concentrate on acting.

She never paid heed to the negative comments and went ahead to feature Prince Bright of Buk Bak fame for the remix of her smash hit.

In January this year, Emelia on her birthday disclosed that she was set to release a new single adding that Ghanaians should be prepared for a banger.

Music lovers after listening to her brand new song ‘Emelia’ produced by singer, Kuami Eugene say she has improved on her craft adding that the song is indeed a banger.

Jason on Twitter who rated the song had this to say: “I just listen Emelia Brobbey ein new song. All I can say is vim Chaley vim.”

Another, Korleike Dede wrote: ” ‘EMELIA’ by EMELIA Brobbey, produced by Kwame Eugene is a banger.”

A third, Opelee called out Ghanaians for attempting to kill the music career of Emelia Brobbey at the upset.

He wrote: “I just saw American Rapper 50 Cent on TV acting in a movie. If it is Ghana, the Afuom people will be like stick to your music Emelia Brobbey is doing her best to sing yet, they are like stick to your acting This is when backwardness misunderstand diversity.” 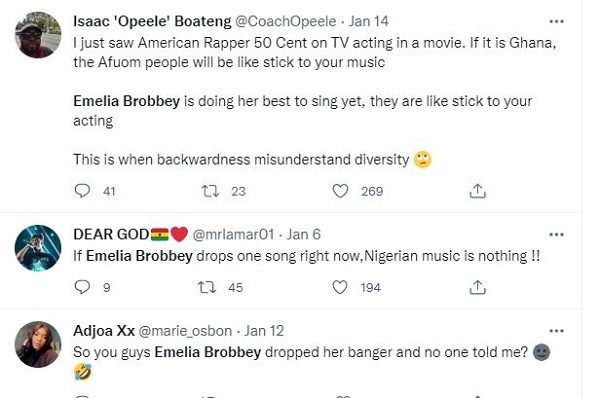 Listen to the new song below: