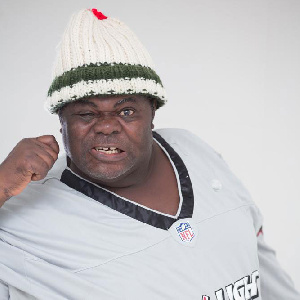 Celebrated actor, Psalm Adjeteyfio (T.T), popular for his role in the Taxi Driver television series, has advised Ghanaians to exercise extreme caution when dealing with others.

Although he finds it difficult to believe someone will intentionally do evil to another, he admits that possibility always exists.

TT has been in the media following the latest plea in leaked audio in which the actor is heard begging for leftover food from the kitchen of media personality, MzGee.

In the said audio, the actor indicated that he has invested the GH¢50,000 the Vice President gave him and that since the Vice President’s donation was made public, all those who used to help him withdrew which has created a lot of problems for him.

“MzGee good afternoon, I’m wondering if you would have some leftovers in your kitchen to spare. [The] reason is, people who use to help me have all withdrawn their help when they heard that the Vice President had given me the money. But you would agree with me that [with] such monies, you need to invest wisely and that is what I have done and when you make investments too, it will take time before you begin enjoying it,” the Taxi Driver TV series actor explained in the audio.

“Right now, the situation has created a lot of problems for me; you know, a lot of people use to help me a lot but now everybody…I even understood that some people contributed money in States to be sent to me; the moment they heard [that the Vice President had given me money] everybody went for their money,” Psalm Adjeteyfio added.

Whilst he is sure the audio was not leaked by MzGee, he is surprised someone could commit such an untoward act against him.

“Well I believe everyone sees things differently but one needs to be very careful when dealing with people. I am an open-hearted person who makes friends easily, especially with those who have ever helped me.

“So it is sometimes difficult for me to believe somebody can do this to me. Everyone must simply be cautious about all things and any situation they find themselves and that’s all I have to say.”