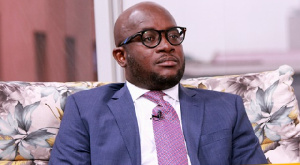 Claims that some people are looking to offload shares in Ghana offshore companies disingenuous, Egyapa Mercer

According to him, a company cannot operate with directors, therefore, sees nothing wrong with K.K Sarpong, Freddie Blay operating as directors of Jubilee Oil Holdings.

Reacting to this growing development on JoyNews and monitored by GhanaWeb, the deputy energy minister said, “Clearly, a company cannot operate without directors and so if that transaction has been concluded it makes sense that the director, the Board Chairman and the Chief Executive of the GNPC will be made the directors of that company.”

He however squashed claims that Jubilee Oil Holdings directors are offloading shares to their end.

“The claim that some people are looking to offload shares in Ghana offshore companies clearly is disingenuous,” he stated.

His comment comes after ACEP’s policy, lead for petroleum and conventional energy, Kodzo Yaotse, at a press conference in Accra on Thursday, January 13, 2022, asserted that because GNPC CEO is a shareholder in Jubilee Oil Holdings, he’s diverted the 7% interest on the Jubilee, TEN Oil Fields to his company instead of Explorco.

He furthered that Dr K. K. Sarpong intended to use Jubilee Oil Holdings to pay off loans before the 7% commercial interest reverts to Explorco.

The policy think tank, therefore, called on the Ghana National Petroleum Corporation to give more insight into how it intends to finance the $199 million acquisition of Jubilee and TEN Oil Fields ceded to it by Kosmos Energy.