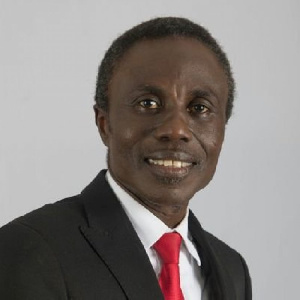 Bishop Bernard Ogyiri Asare, General Overseer of the Zion Praise Chapel International (ZPCI) has implored Ghanaians in particular, Christians not to abuse the opportunities that would be made available to them since it will be a stumbling block to the blessings and elevations of God in their lives.

He pointed out that when this was done regardless of the economic situation in the country and the world at large, and whatever that happens to them they shall perform in every aspect of their endeavors to the glory of God.

The Bishop who was sharing a sermon in church under the theme, “Chosen for performance” read from 1Samuel 10:1 which reads, “Then Samuel took the vial of oil and poured it on Saul’s head and kissed him and said, Has not the Lord anointed you to be prince over His heritage Israel?”

He, therefore, explained that Saul had a great privilege to be anointed by Samuel the Priest to serve as King over the nation Israel but later abused the privilege and deserted God who called him to that position, and this led to his rejection.

He quoted 1Samuel 16:1 that reads, “The LORD said to Samuel, “How long will you mourn for Saul since I have rejected him as king over Israel? Fill your horn with oil and be on your way; I am sending you to Jesse of Bethlehem. I have chosen one of his sons to be king.”

He, therefore, queried why Saul was rejected by God and said, “God was very selective to the people who served in His purpose in that He chooses whom He wants to bless.”

He enlightened that God has the power to remove people from their positions and in the Kingdom of God everybody is replaceable and for that matter, if Christians failed to follow God’s statutes irrespective of the positions and the blessings they inherit they would be replaced by the same God who called them into those positions.

According to Bishop Asare, Christians should count themselves blessed because of God’s promise of performance in their lives but must be known that, if they abused the privileges available to them they can be replaced.

He charged the members of the church and said whether they served in the choir, media department, ushering and protocol department or any other role they played they should make it a point to operate under regulations and in the fear of God so that they will not be rejected and replaced.

According to him, praying for people who have been rejected by God was a waste of time if the people continued to abuse the opportunities available to him hence, the need to operate in the statues of God.