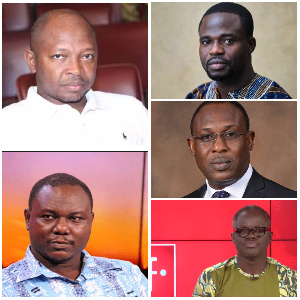 Govt announces re-registration of SIM cards in the country

Government to block all SIM cards not registered by March 2022

A former Member of Parliament and a number of other notable personalities are pushing for a boycott of all phone calls on all telecom networks in the country on February 8, this year.

This, they say, is in protest of what they describe as “the circus surrounding the SIM card re-registration exercise.”

Late last year, the Minister of Communication, Ursula Owusu-Ekuful, announced the government’s plan to have all SIM card holders in the country to re-register their cards as a way to monitor and track down persons who use their phones for criminal activities.

She added that this is to end the rising cybercrime issues in the country.

Since the start of registrations across the country, there have been reported cases of long queues at outlets of the telcos that are undertaking the biometric process of the exercise.

Also, the Ministry of Communication stated that by the end of the deadline, which is March 2022, all those who fail to re-register their SIM cards will have them blocked.

But a group against this nationwide exercise has issued a press release, urging all Ghanaians not to make or receive phone calls in protest at the manner in which the re-registration of SIMs is being undertaken.

“The No Calls Day boycott on 8th February would be the first in a series of national boycotts to protest against the current inhumane process of re-registration of SIM cards.

“Any attempt to impose this on subscribers or block their lines would amount to an infringement of their property rights,” the statement said.

But who are those who make up this group that is pushing for an agenda against the re-registration exercise in the country?