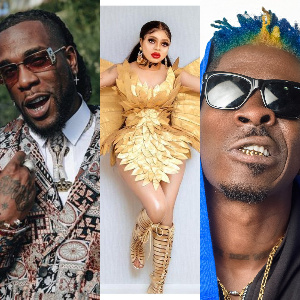 Bobrisky’s comment on the ongoing feud between Ghanaian dancehall artiste, Shatta Wale, and Grammy award-winning singer, Burna Boy, from Nigeria, has got fans coming at him for promoting a fight which is no concern of his.

Shatta Wale and Burna Boy are currently feuding over what started as a comment the latter made to disagree with Shatta Wale for calling Nigerians ‘stupid’ and for failing to reciprocate the love they get from Ghanaian artistes.

The simple comment quickly turned into a brawl on social media as the two artistes dared to have a bloody fight, that they say will transcend into a musical duel at the Accra Sports Stadium and to washing their dirty linens in public.

This has gotten the attention of almost all media outlets covering various angles to the fight between Shatta Wale and Burna Boy.

This also got the attention of Bobrisky who decided to pose a question asking fans to retweet if they will want a fight between Shatta Wale and Burna Boy.

In the post shared by Bobrisky, he tweeted, “RT if u want boxing match between Burna boy (African Giant) & Shatta Wale (Accra Giant).”

Some fans have reacted to this tweet, with a Twitter user asking, “You are already confused about your gender but you want a boxing match….go and sleep,” while another said, “Upon all what you have done – God hasn’t called you to the boxing Ring to kill you – instead of promoting peace – I am not surprised Kwadwo Besia – Shim.”

When we thought we had it all another added “Mr miss Shatta Wale is the real African giant. Mind your words. Your face like akamu wey survive 12 weeks heat for Burna ein armpit.” 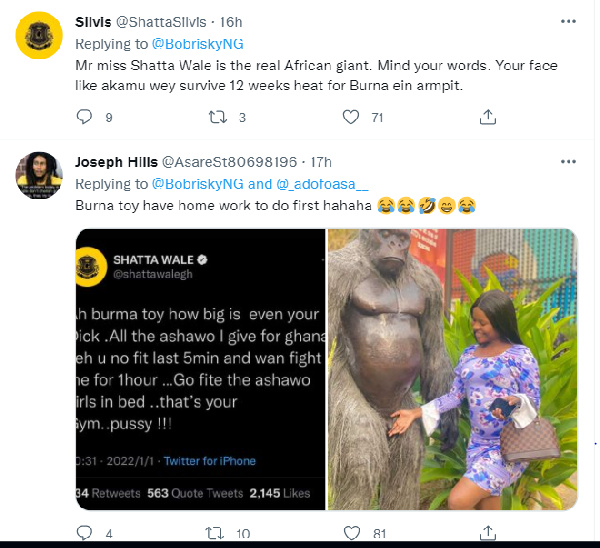 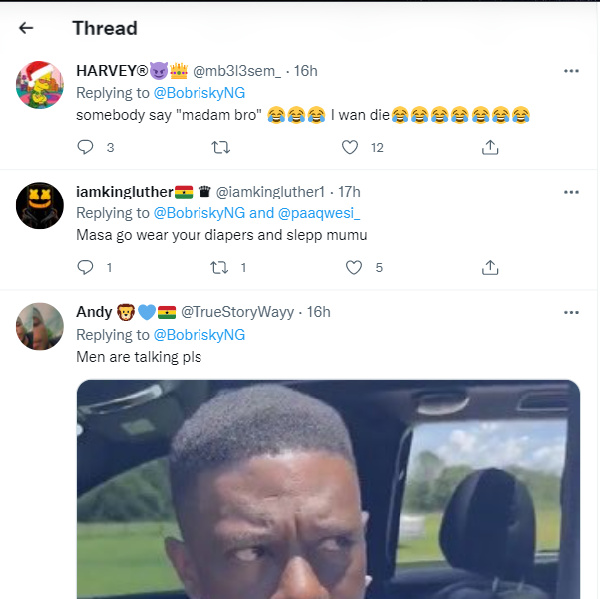 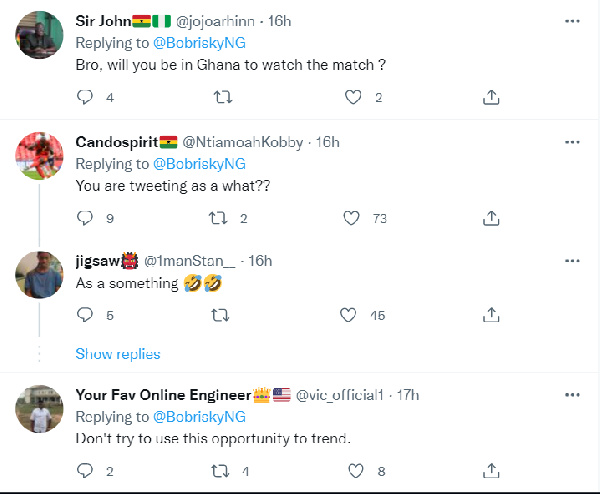 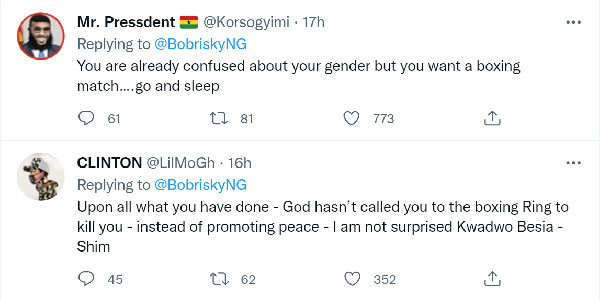