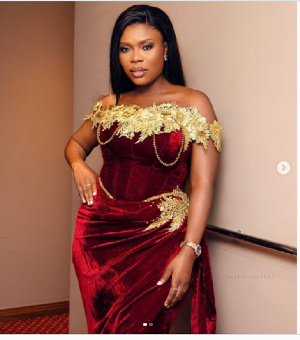 Delay is already looking for a date for Val’s Day

Deloris Frimpong Manso, popularly known as Delay, has posed a question on social media asking who will be her Valentine on February 14, which is known to be a day for lovers.

This post came as a surprise to her fans because late last year, Ghanaians speculated dating rumours between Delay and musician, Amerado, due to how close they had suddenly gotten but the two personalities have since debunked dating claims.

In the tweet shared by the media personality, she quizzed “Who will be my Valentine?” which was accompanied by three broken hearts.

Not sure if the personality was expecting to get dates, she however got some interesting feedbacks on her post.

In one of the replies Delay received from her fans, a user reminded Delay she was still in January as the month wasn’t yet over.

“Aaaaaba new year isn’t even a week old and you are looking for your next target, ei Ekua vulture ayekoooo,” the user wrote, while another added, “I would have love to be your val but Amerado got you…” 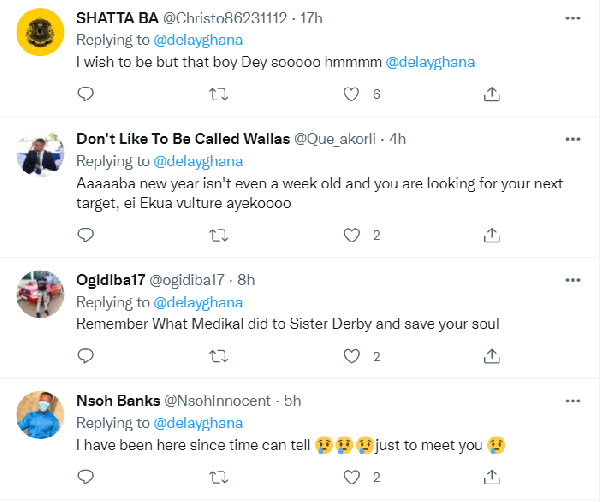 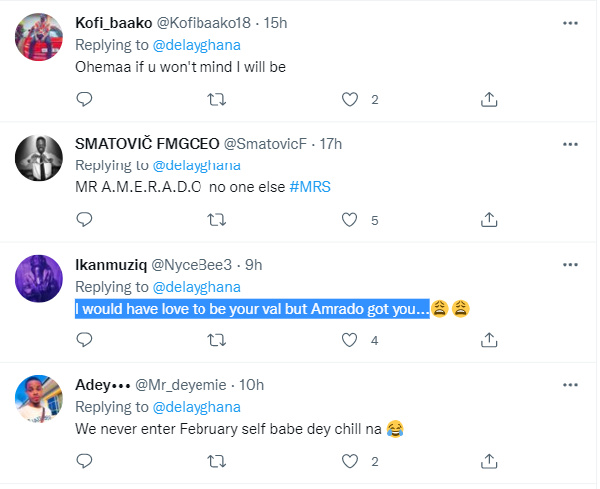 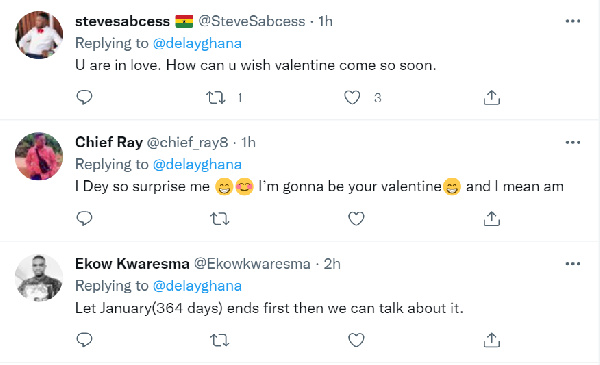