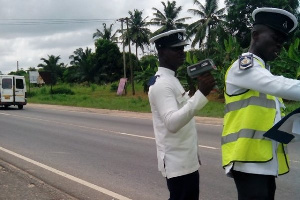 During the same period in 2020, the country recorded 67 deaths through crashes.

Provisional data from the Motor Traffic and Transport Department (MTTD) of the Ghana Police Service, made available to the Ghana News Agency, indicated that 378 persons were injured and 53 pedestrians were knocked down during the period.

Among the 610 vehicles involved, were 206 commercial vehicles, 271 private vehicles and 133 motorcycles.

The Ashanti Region recorded 20 deaths, the highest number of deaths recorded within the period nationwide – two males below 18, 14 males above 18 and four females above 18 with 107 injuries.

A total of 15 persons were killed in the Eastern Region, 14 in the Greater Accra, 10 in Tema, Six in Western North, four in Volta, three in Upper East, three in Bono East, two in Central, one in Western, one in Bono, one in Northern and one in North East.

The Ahafo, Savanna, Upper West and Ahafo Regions recorded no deaths within the period.

Analysis of the 2020 and 2021 data for the same period showed that as Christmas and the holidays approached, cases of road crashes with injuries, and fatalities increased.

Holidays are traditionally, a time of travel for families across the country by road, which has the highest fatality rate of any major form of transportation.

Dr Samuel Sasu-Mensah, Director-General of the MTTD, speaking in an interview with the Ghana News Agency, said his outfit would continue to intensify education and enforcement across the country to reduce road crashes and its associated fatalities and injuries.