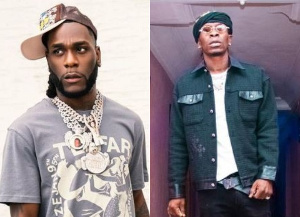 Shatta Wale and Burna Boy threaten each other

I will beat you if you come to Ghana, Shatta Wale tells Burna Boy

Grammy award-winning Nigerian artiste, Damini Ebunoluwa Ogulu, professionally known as Burna Boy has stated that he could have gotten Ghanaian dancehall musician, Shatta Wale murdered back in the days if he wanted to.

“I could have gotten you killed ages ago if I wanted. But you are not worth it. Your just a sick puppy rapist,” read a post by Burna Boy on his official Instagram page.

His confession comes after Shatta Wale attacked Nigerian artsites and rained insults on Burna Boy who was bold enough to respond to his rants online.

According to the “African Giant”, he is ever ready to fight any artiste who holds something against him.

“…if Shatta or anyone has a personal problem with me. I’m still open to fight 1 on 1 and squash it after, the same way I’ve always been nobody will ruin the unity we continuously try to build for a stronger and better Africa,” he wrote in an Insta story dated December 31.

Shatta in a clap back tweeted: “Burna if you are a man, when you get to Ghana, show me your location let’s start this blood service ..Don’t be a pussy ..just show me ..ur modaaa?”

It seems the online battle has turned ‘violent’ as the two celebrated artistes have vowed to physically attack each other should their paths cross.

Shatta has warned Burna Boy against stepping foot into Ghana, however, the daring Nigerian singer has informed his fans to expect him soon.

Both artistes have levelled rape allegations against each other.

Burna has disclosed that the true reason behind his fallout with Shatta Wale was that, he tried to take advantage of his female friend.

“@shattawalenima you tried to rape the girl I brought to Ghana back then. I won’t say her name. but I know what you and Koffi did. That’s the real reason I want your teeth and blood on the floor. I just want you to fight me like a man. Even if I know you just an unhealthy dog. I could have gotten you killed ages ago if I wanted. But you are not worth it. Your just a sick puppy rapist.”

Reacting to Burna Boy’s confession, Ghanaian dancehall musician, Jupitar wrote that his words must not be taken lightly.

He tweeted: “Burna boy said he could’ve gotten Shatta killed and my ppl are happy about it … wow.”

Check out some posts made by the two: 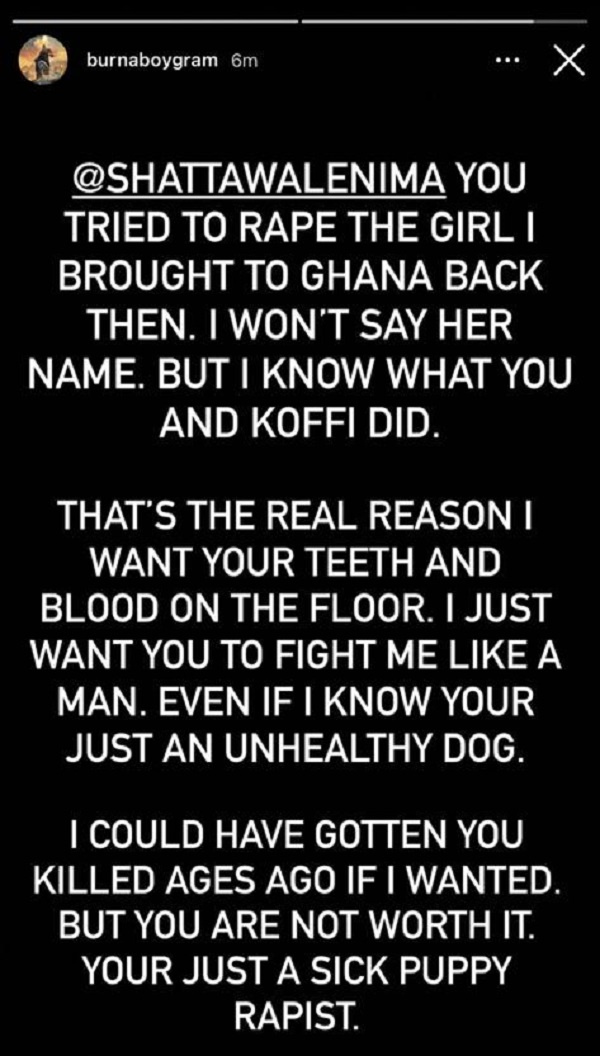 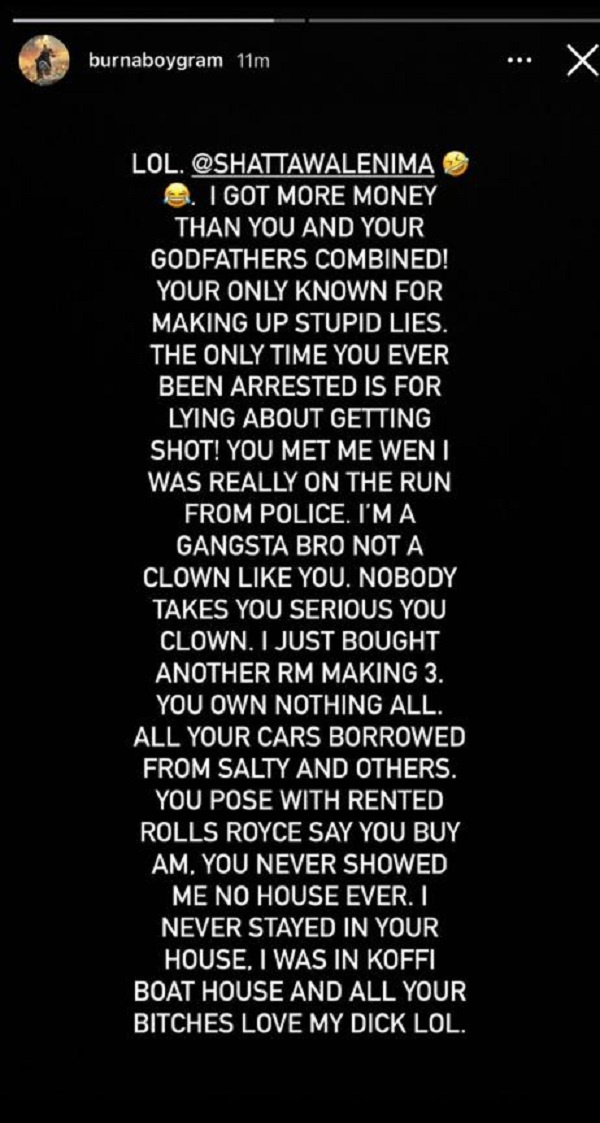 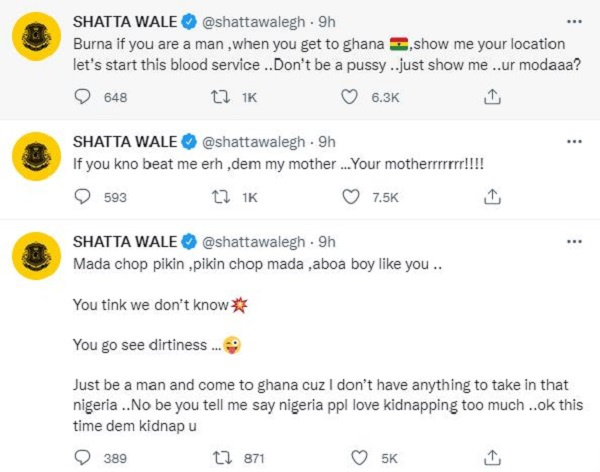 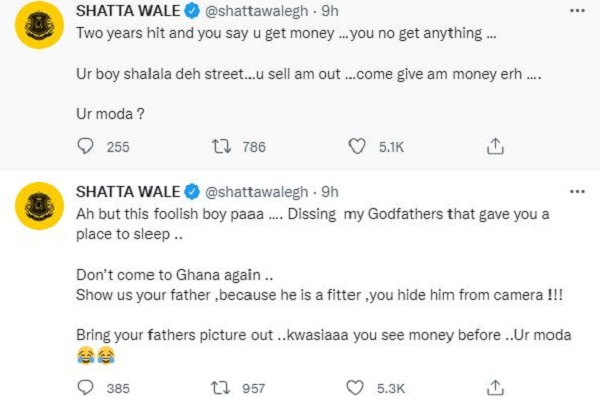