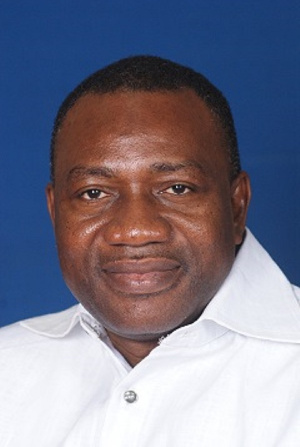 This govt has shown failure, incompetence and lack of foresight for the past five years – MP

The MP (Member of Parliament) said the current government which is led by Nana Addo and Mahamud Bawumia has over the past five years shown failure, incompetence and lack of foresight.

He said the government had shown that they could not continue and their failure was now obvious to every Ghanaian.

“If you go to any community, call any young man and ask him whether the NPP (New Patriotic Party) government has done well or not, they would say they better go,” he added.

Rashid Pelpuo who made these remarks on Joy New said the current President, Nana Addo and Vice President, Bawumia before they come to power taught ruling Ghana was that easy.

“Remember when Nana Addo was asked the cost of Free SHS, he said GH¢78 million and Bawumia also said NPP would not borrow money at all when they came to power because working for Bank of Ghana showed him that the country had money,” he said.

He added that upon coming to power Nana Addo and Bawumia realise things were not as easy as they thought and had to do something to save themselves.

“They thought that by going to borrow so much they could do so much. They borrowed that much and did very little with it. So, we do not know what they were going to do now with the few years they have in power.”

According to the MP, the NDC (National Democratic Congress was 100 percent ready to take the leadership of the county with ex-President John Dramani Mahama as its leader.

“We have had him before; we have had the experience before. It is not going to be a trial-and-error kind of experience,” he said.

He added that the NDC had done it before and still had the men and very good policies to do it again.

“We would be able to perform the function much more effectively,” he said.