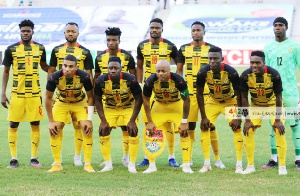 Ghana coach Milovan Rajevac is expected to have a full house as players based in Europe will be arriving in camp after this weekend’s league matches.

The Confederation of African Football (CAF) issued a directive to allow European clubs to release players after January 3.

The Black Stars opened camp in Doha last weekend with only 13 players reporting to camp to begin preparations for the Afcon tournament.

Ghanaian players invited to join the squad from England, France, and Spain will join the team on Monday before they fly out to Cameroon.

The team will wrap up their test matches against African Champions Algeria on Wednesday, January 5, 2022.

Ghana is in Group C alongside Morocco, Gabon and Comoros

The Black Stars will face North African side Morocco in the opening group C game in Yaounde on January 10.