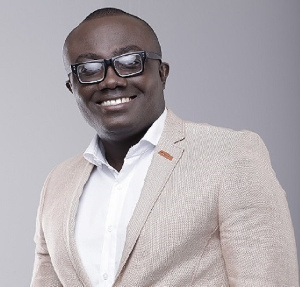 Popular Ghanaian business mogul and CEO of EIB Network, Nathan Kwabena Adisi, also known as Bola Ray, has tasked Ghanaian artists to stick to the Ghanaian genre of music and make it better.

According to the media personality, Ghanaians quickly lose their identity to follow other nationals’ styles of music.

Speaking in the maiden EIB Digital’s Twitter space, hosted by Serwaa Amihere, he said “South Africans are taking over with Amapiano. Nigerians have their own sound. We should also fill in with our high-life and hip-life genres, but we leave ours to sing like them.

“We should be identified with that. We cannot do Amapiano better than South Africans”.

He emphasized that for Ghanaian music to be global, “Language is not a barrier when it comes to music. We should stick to our musical identity.” Let’s be consistent and we will get the results we need”.

Commenting on Shatta Wale’s Twitter rant with Nigerians, he said “Shatta Wale said it as how he feels towards it. He is being blunt with no fear or favour. He could have addressed it without name-calling. Shatta has no hatred for Nigerians. There is no rivalry between Ghana and Nigeria; we are brothers”.

He also advised the industry to celebrate founding fathers like Reggie Rockstone for their impact on the music industry.